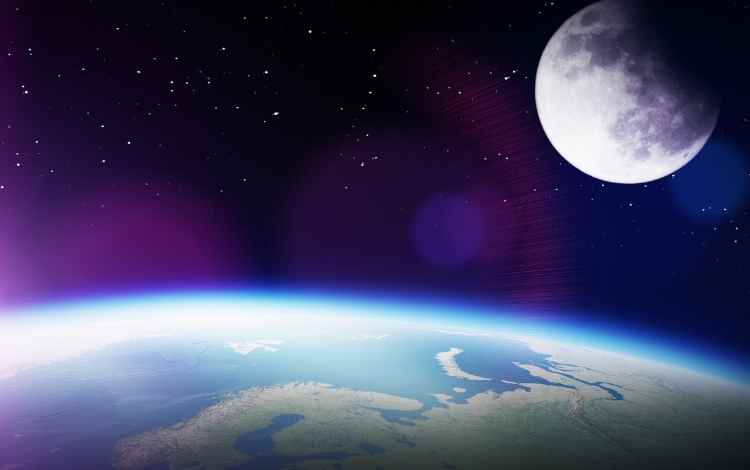 A collection of space quotes and saying from various sources.

One day, though it is still very far away, people will travel to distant worlds. Now, it’s possible only in science fiction books and movies.

We have seen time and again that the imagination precedes every invention. Many things that were fiction in a book or movie have become a reality in our lives.

Space is vast and endless. We might think that we are just a tiny speck in this vast Universe, but we are an inseparable part of it. We are here, on Earth, but with our mind we can reach to the endless frontiers of space.

In our mind and imagination we can reach everywhere.

Science is making leaps in the exploration of space. Man has sent people to the moon, rockets to distant planets in our Solar system, and telescopes that can photograph galaxies many light years from us.

We are fascinated by space and the idea of space travel. Space is a new frontier for mankind, full of adventures, risks, and the unknown.

Nasa, and a few private entrepreneurs in the U.S.A., and space agencies in other countries, are working on means to understand the Universe, stars, planets, galaxies and black holes. They are also working on finding means of space travel.

Meanwhile, until space travel becomes reality for everyone, here is a collection of space quotes, which I hope you will enjoy reading.

“We are part of this universe; we are in this universe, but perhaps more important than both of those facts, is that the universe is in us.” – Neil deGrasse Tyson

“When you look at the stars and the galaxy, you feel that you are not just from any particular piece of land, but from the solar system.” – Kalpana Chawla

“What was most significant about the lunar voyage was not that men set foot on the moon but that they set eye on the earth.” – Norman Cousins

“The universe is a pretty big place. If it’s just us, seems like an awful waste of space.” – Carl Sagan

“The immense distances to the stars and the galaxies mean that we see everything in space in the past–some as they were before the Earth came to be. Telescopes are time machines.” – Carl Sagan

“That’s one small step for man, one giant leap for mankind.” – Neil Armstrong

“The Earth is the cradle of humanity, but mankind cannot stay in the cradle forever.” –Konstantin Tsiolkovsky

“In my studies of astronomy and philosophy I hold this opinion about the universe, that the Sun remains fixed in the centre of the circle of heavenly bodies, without changing its place; and the Earth, turning upon itself, moves round the Sun.” – Galileo Galilei

“Space exploration is a force of nature unto itself that no other force in society can rival.” – Neil deGrasse Tyson

“I don’t think the human race will survive the next thousand years unless we spread into space. There are too many accidents that can befall life on a single planet. But I’m an optimist. We will reach out to the stars.” – Stephen Hawking

“Space is for everybody. It’s not just for a few people in science or math, or for a select group of astronauts. That’s our new frontier out there, and it’s everybody’s business to know about space.” – Christa McAuliffe

“Somewhere, something incredible is waiting to be known.” – Carl Sagan

Quotes about Space and the Universe

Space quotes that expand the mind and the imagination.

“We cannot predict the new forces, powers, and discoveries that will be disclosed to us when we reach the other planets and set up new laboratories in space. They are as much beyond our vision today as fire or electricity would be beyond the imagination of a fish.” – Arthur C. Clarke

“A sense of the unknown has always lured mankind and the greatest of the unknowns of today is outer space. The terrors, the joys and the sense of accomplishment are epitomized in the space program.” – William Shatner

“If offered a seat on a rocket ship, don’t ask what seat. Just get on.” – Christa McAuliffe

“A zero-gravity flight is a first step toward space travel.” – Stephen Hawking

“Aviation – and space travel, in particular – have always been especially captivating.” – Felix Baumgartner

“I cannot wait to get up there and experience space travel for the first time. It will be a dream come true.” – David Mackay

“There are at least as many galaxies in our observable universe as there are stars in our galaxy.” – Martin Rees

“I think we are at the dawn of a new era in commercial space exploration.” – Elon Musk

“In science fiction, we dream. In order to colonize in space, to rebuild our cities, which are so far out of whack, to tackle any number of problems, we must imagine the future, including the new technologies that are required.” – Ray Bradbury

“Houston, Tranquility Base here. The Eagle has landed.” – Neil Armstrong.

“I know the sky is not the limit because there are footprints on the Moon — and I made some of them!” – Buzz Aldrin

“Mars has been flown by, orbited, smacked into, radar examined, and rocketed onto, as well as bounced upon, rolled over, shoveled, drilled into, baked and even blasted. Still to come: Mars being stepped on.” – Buzz Aldrin

“It suddenly struck me that tiny pea, pretty and blue, was the Earth. I put up my thumb and shut one eye, and my thumb blotted out the planet Earth. I didn’t feel like a giant. I felt very, very small.” – Neil Armstrong

“To some this may look like a sunset. But it’s a new dawn.” – Chris Hadfield

“I find it curious that I never heard any astronaut say that he wanted to go to the Moon so he would be able to look back and see the Earth. We all wanted to see what the Moon looked like close up. Yet, for most of us, the most memorable sight was not of the Moon but of our beautiful blue and white home, moving majestically around the sun, all alone and infinite black space.” – Alan Bean

“What everyone in the astronaut corps shares in common is not gender or ethnic background, but motivation, perseverance, and desire — the desire to participate in a voyage of discovery.” – Ellen Ochoa

“Of course risk is part of spaceflight. We accept some of that to achieve greater goals in exploration and find out more about ourselves and the universe.” – Lisa Nowak

“Mankind is drawn to the heavens for the same reason we were once drawn into unknown lands and across the open sea. We choose to explore space because doing so improves our lives, and lifts our national spirit. So let us continue the journey.” – George W. Bush

“Across the sea of space, the stars are other suns.” – Carl Sagan

“Time is the mind of space.” – Samuel Alexander

“Curiosity is the essence of our existence.” – Gene Cernan

“The world has a beginning, but the universe has no end.” – Matshona Dhliwayo

“Eventually there are going to be cities in space.” – Alan Bean

The outer space is vast, with no end, and science is learning about it and exploring it.

Outer space is not the only space there is. There is also a vast inner space existing within each one of us. However, only few people dare to travel into this space.

I am speaking about the inner space of awareness, consciousness, and what people call the soul. This inner space is accessed not by rockets and spaceships, but through meditation, mindfulness and contemplation.

It’s the inner journey inside, with no less adventures than journeys on Earth or to outer space.

The external world is part of this inner world. When thinking about space, always remember that there a vast space outside, and a vast space inside you.