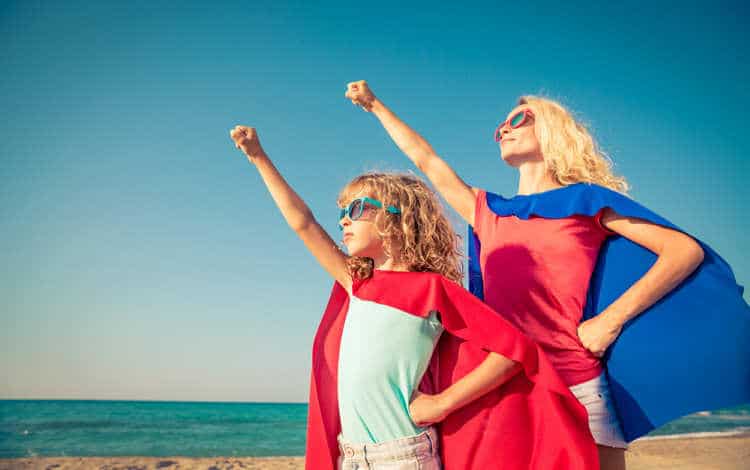 Are you looking for quotes on imagination and creativity? You can find them here.

Imagination has no limits. In your mind, you can create anything, live in the past or in the future, experience new ideas and new situations, and create a different life.

We use this ability when we daydream. It helps us forget problems, difficulties and limitations, and gives us a feeling of freedom. However, it also has practical value.

Imagination is a most practical tool. It is the tool for creativity, invention, innovation, and achieving success. It is the ability to create new ideas and to reshape our reality.

We can visualize anything we want. We can imagine that we own or possess whatever we want. This is the key to manifesting and the law of attraction.

Here is a collection of imagination quotes, to help you reshape your reality, and manifest anything you want.

Imagination Quotes for Creativity and Success

“You have all the reason in the world to achieve your grandest dreams..” –Denis Waitley

“To bring anything into your life, imagine that it’s already there.” –Richard Bach

“Your brain is wider than the sky.” –Emily Dickinson

“A stick can be a magic wand. A sock can be a puppet. A small child can be a superhero.” –Fred Rogers

“You have many years ahead of you to create the dreams that we can’t even imagine dreaming. You have done more for the collective unconscious of this planet than you will ever know.” –Steven Spielberg

“The courage to imagine the otherwise is our greatest resource, adding color and suspense to all our life.” –Daniel J. Boorstin

“The power of imagination created the illusion that my vision went much farther than the naked eye could actually see.” –Nelson Mandela

“Only human beings have the power to imagine a future that could be different from the present.” –Michael Mayne

“All successful people men and women are big dreamers. They imagine what their future could be, ideal in every respect, and then they work every day toward their distant vision, that goal or purpose.” –Brian Tracy

“The world is but a canvas to our imagination.” –Henry David Thoreau

“A good teacher can inspire hope, ignite the imagination, and instill a love of learning.” –Brad Henry

“Imagine for yourself a character, a model personality, whose example you determine to follow, in private as well as in public. –Epictetus

“Creativity is the art of creating nothing into a Joyful something!” –Vince Gowmon

“Children see magic because they look for it.” –Christopher Moore

“First comes thought; then organization of that thought, into ideas and plans; then transformation of those plans into reality. The beginning, as you will observe, is in your imagination.” –Napoleon Hill

“You have to really use your imagination to refresh your daily life.” –Eric Emmanuel Schmitt

“Dreams come true; without that possibility, nature would not incite us to have them.” –John Updike

“Imagination is the beginning of creation. You imagine what you desire, you will what you imagine and at last you create what you will.” –George Bernard Shaw

“Anyone who lives within their means suffers from a lack of imagination.” –Oscar Wilde

“Imagination makes it possible to experience a whole world inside your mind.” –Remez Sasson

“We are more often frightened than hurt; and we suffer more from imagination than from reality.” – Seneca

“The moment you doubt whether you can fly, you cease forever to be able to do it.” –J. M. Barrie

“Imagination is the power of the mind over the possibilities of things.” – William Stevens

“Always be on the lookout for the presence of wonder.” –E.B. White

“An essential aspect of creativity is not being afraid to fail.” –Edwin Land

“Critical thinking and curiosity are the key to creativity.” –Amala Akkineni

Creativity is the process of having original ideas that have value. It is a process; it’s not random. “ –Ken Robinson

“Looking back, I guess I used to play-act all the time. For one thing, it meant I could live in a more interesting world than the one around me.” –Marilyn Monroe

“You can’t use up creativity. The more you use, the more you have.” –Maya Angelou

“If you’re not doing some things that are crazy, then you’re doing the wrong things.” –Larry Page

“Your thoughts are the mirror of your reality. Be careful to put only positive thoughts in front of the mirror.” –Remez Sasson

“Imagination will often carry us to worlds that never were. But without it we go nowhere.” –Carl Sagan

“Learn what the rest of the world is like. The variety is worthwhile.” –Richard P. Feynman

“Everything you can imagine is real.” –Pablo Picasso

“Creative imagination is your tool for creating the life you want.” –Remez Sasson

“Almost all really new ideas have a certain aspect of foolishness when they are first produced.” –Alfred North Whitehead

“Your imagination, my dear fellow, is worth more than you imagine.’ –Louis Aragon

“Give children toys that are powered by their imagination, not by batteries.” –H. Jackson Brown

“Limitations live only in our minds. But if we use our imaginations, our possibilities become limitless.” –Jamie Paolinetti

“Laughter is timeless. Imagination has no age. And dreams are forever.” –Walt Disney

“There are painters who transform the sun to a yellow spot, but there are others who with the help of their art and their intelligence, transform a yellow spot into sun.” –Pablo Picasso

“Every invention and every achievement started in the mind, as an idea or mental image.” –Remez Sasson

“It is important to remember that we all have magic inside us.” –J. K. Rowling

“The man who has no imagination has no wings.” –Muhammad Ali

“This world is but a canvas to our imaginations.” –Henry David Thoreau

“Our imagination is the only limit to what we can hope to have in the future.” –Charles F. Kettering

“What is now proved was once only imagined.” –William Blake

“We don’t create a fantasy world to escape reality. We create it to be able to stay.” –Lynda Barry

“Fantasy is hardly an escape from reality. It’s a way of understanding it.” –Lloyd Alexander

“I have such a rich fantasy life, I can’t help it. I do make up a lot of romantic stories in my head.” –Mindy Kaling

“The gift of fantasy has meant more to me than my talent for absorbing positive knowledge.” –Albert Einstein

“Fantasy, if it’s really convincing, can’t become dated, for the simple reason that it represents a flight into a dimension that lies beyond the reach of time.” –Walt Disney

“My single-minded aim is to give existence to fantasy.” –Claes Oldenburg

“Every great dream begins with a dreamer. Always remember, you have within you the strength, the patience, and the passion to reach for the stars to change the world.” –Harriet Tubman

“We are lucky that our fantasy is for the picking. We can go back in time, stand still, or go forward.” –Lida van Bers