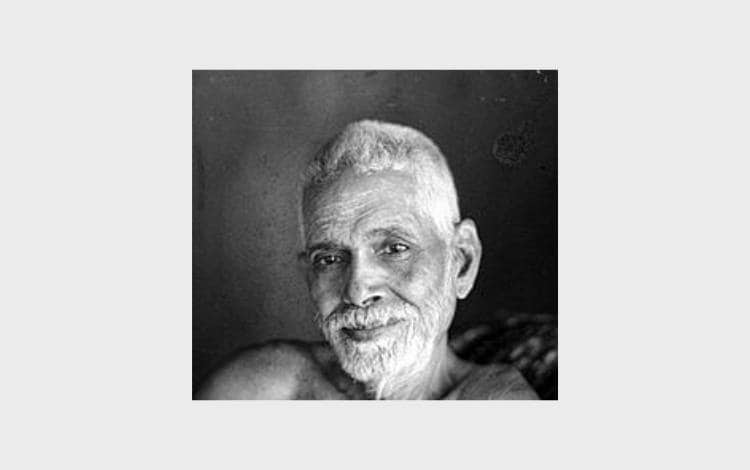 Ramana Maharhshi was a well-known guru and spiritual teacher, who lived and taught in southern India.

He was born in 1879 near Madurai, Tamilnadu, India, and spent most of his life in Tiruvannamalai, where he arrived at the age of seventeen.

Sri Ramana Maharshi recommended self-enquiry as the principal means to remove ignorance and abide in Self-awareness, together with bhakti (devotion).

Here are Ramana Maharshi quotes on the mind, meditation, realization. the Self and other topics.

“Happiness is your real nature.”

“See who is the subject; and this inquiry leads you to pure Consciousness beyond the subject.”

“Without understanding yourself, what is the use of trying to understand the world?”

“A higher power is leading you; be led by the same. It knows what to do and how to do it.”

“Actions themselves form no bondage. Bondage is only the false belief, ‘I am the doer’.”

“The ultimate truth is so simple; it is nothing more than being in one’s natural, original state.”

“Consciousness is indeed always with us. Everyone knows ‘I am!’ No one can deny his own being.”

“Mind is consciousness, which has limitations. We are originally unlimited and perfect. Later on we take on limitations and become the mind.”

“When one makes the mind stick to one thought, the mind becomes rock-steady and the energy is conserved.”

“The mind is only a bundle of thoughts. The thoughts have their root in the I-thought. Whoever investigates the True “I” enjoys the stillness of bliss.”

“When we turn the mind inwards, God manifests as the inner consciousness.”

“When the mind is left without anything to cling to, it becomes still.”

“The inquiry ‘who am I’ turns the mind introvert and makes it calm.”

“There is no mind to control if you realize the self. The mind having vanished, the self shines forth. In the realized man, the mind may be active or inactive, the self remains for him.”

“Turn the mind inward and cease thinking of yourself as the body; thereby you will come to know that the self is ever happy. Neither grief nor misery is experienced in this state.”

“If the mind falls asleep, awaken it. Then if it starts wandering, make it quiet. If you reach the state where there is neither sleep nor movement of mind, stay still in that, the natural (real) state.” 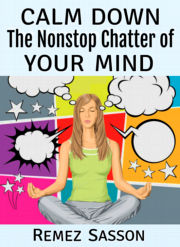 A collection of Ramana Maharshi quotes on meditation.

“Meditation depends upon the strength of mind. It must be unceasing even when one is engaged in work. Particular time for it is meant for novices.”

“Meditation helps concentration of the mind. Then the mind is free from thoughts and is in the meditated form.”

“Meditation is sticking to one thought. That single thought keeps away other thoughts; distraction of mind is a sign of its weakness; by constant meditation it gains strength.”

“The mind of one meditating on a single object becomes one-pointed. And one-pointedness of mind leads to abidance in the self.”

“Good thoughts keep off bad thoughts. They must themselves disappear before the state of realization.”

“Of all the thoughts that rise in the mind, the thought ‘I’ is the first thought.”

“Once the current of awareness of the self is set afoot, it becomes everlasting and continuous by intensification.”

“Realization is to get rid of the delusion that you have not realized.”

“You are the Supreme Being, and yet thinking yourself to be separate from it, you strive to become united with it. What is stranger than this?”

“Realization is our true nature. It is nothing new to be gained. What is new cannot be eternal. Therefore there is no need to be doubting whether we would gain or lose the self.”

“Wanting to reform the world without discovering one’s true self is like trying to cover the world with leather to avoid the pain of walking on stones and thorns. It is much simpler to wear shoes.”

“Realisation is not acquisition of anything new nor is it a new faculty. It is only removal of all camouflage.”

“Who am I? Not the body, because it is decaying; not the mind, because the brain will decay with the body; not the personality, nor the emotions, for these also will vanish with death.”

“A realized one sends out waves of spiritual influence in his aura, which draw many people towards him. Yet he may sit in a cave and maintain complete silence.”

“Your own Self-realization is the greatest service you can render the world.”

“That which comes and goes, rises and sets, is born and dies is the ego. That which always abides, never changes, and is devoid of qualities is the Self”.

“If one’s mind has peace, the whole world will appear peaceful.”

“Peace is the inner nature of humankind. If you find it within yourself, you will then find it everywhere.”

“Silence is ever speaking; it is the perennial flow of language.”

“Remain still, with the conviction that the Self shines as everything yet nothing, within, without, and everywhere.”

Ramana Maharshi Quotes on the Self

“One must realize his Self in order to open the store of unalloyed happiness.”

“The Self is self-luminous without darkness and light, and is the reality which is self-manifest. Therefore, one should not think of it as this or as that. The very thought of thinking will end in bondage.”

“That which comes and goes, rises and sets, is born and dies is the ego. That which always abides, never changes, and is devoid of qualities is the Self.”

“If you hold this feeling of ‘I’ long enough and strongly enough, the false ‘I’ will vanish leaving only the unbroken awareness of the real, immanent ‘I’, consciousness itself.”

“Happiness is your nature. It is not wrong to desire it. What is wrong is seeking it outside when it is inside.”