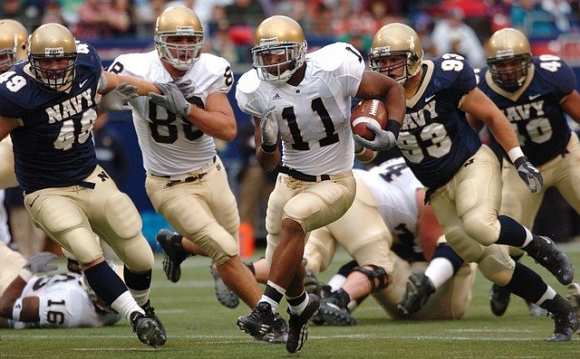 Here is a list of sports quotes that would inspire you to exercise more and do better at any sport you choose.

Great sport people are made not born. To excel in any field of sports requires time, effort and training, ambition and discipline.

Sport is something everyone should do. It does not matter what kind of sport you follow, swimming, running, football, tennis, bodybuilding or just walking. Exercising the body is important, since it keeps the body fit and healthy.

We have collected for you a list of sports quotes, from famous sport men and women, coaches, and other people who have excelled in their field.

We hope that these quotes will inspire and motivate you. Even if you are not a fan of sports, you will find these quotes enlightening and helpful.

One of the most motivational sports quote:
“Never say never because limits, like fears, are often just an illusion.” – Michael Jordan

“The difference between a successful person and others is not a lack of strength, not a lack of knowledge, but rather a lack of will. –Vince Lombardi

“An athlete cannot run with money in his pockets. He must run with hope in his heart and dreams in his head.” – Emil Zatopek

“Number one is just to gain a passion for running. To love the morning, to love the trail, to love the pace on the track. And if some kid gets really good at it, that’s cool too.” –Pat Tyson

“Gold medals aren’t really made of gold. They’re made of sweat, determination, and a hard-to-find alloy called guts.” –Dan Gable

“Skiing combines outdoor fun with knocking down trees with your face.” –Dave Barry

“Never give up, never give in, and when the upper hand is ours, may we have the ability to handle the win with the dignity that we absorbed the loss.” –Doug Williams

“Sports are a microcosm of society.” –Billie Jean King

“When you’ve got something to prove, there’s nothing greater than a challenge.” –Terry Bradshaw 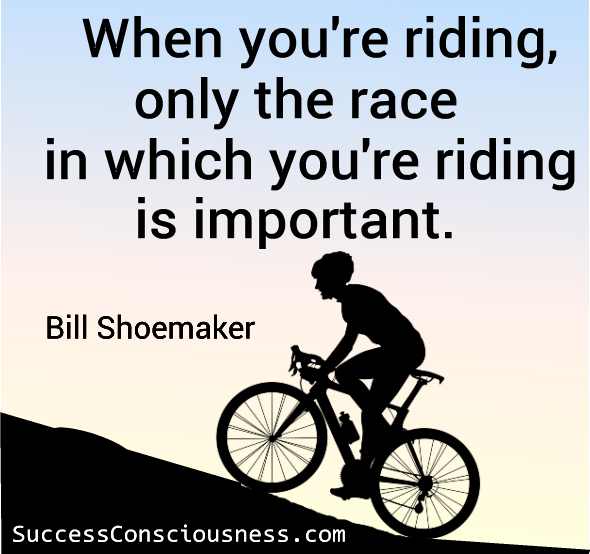 “Wisdom is always an overmatch for strength.” –Phil Jackson

“Only a man who knows what it is like to be defeated can reach down to the bottom of his soul and come up with the extra ounce of power it takes to win when the match is even.” –Muhammad Ali

“The more difficult the victory, the greater the happiness in winning.” –Pele

“The main thing to do is relax and let your talent do the work.” –Charles Barkley

“What makes something special is not just what you have to gain, but what you feel there is to lose.” –Andre Agassi

“The ones who want to achieve and win championships motivate themselves.” –Mike Ditka

“The mastery of the true self, and the refusal to permit others to dominate us, is the ultimate in living and self-expression in athletics.” –Percy Cerutty

“The difference between the impossible and the possible lies in a person’s determination.” –Tommy Lasorda

“In the field of sports you are more or less accepted for what you do rather than what you are.” –Althea Gibson

“If you surround yourself with quality people and great friends, the sky’s the limit.” –Wayne Gretzky

“Success is peace of mind, which is a direct result of self-satisfaction in knowing you made the effort to become the best of which you are capable.” –John Wooden

“If you don’t love what you do, you won’t do it with much conviction or passion.” –Mia Hamm

“There may be people that have more talent than you, but there’s no excuse for anyone to work harder than you do.” –Derek Jeter

“One man practicing sportsmanship is far better than a hundred teaching it.” –Knute Rockne

“The way a team plays as a whole determines its success. You may have the greatest bunch of individual stars in the world, but if they don’t play together, the club won’t be worth a dime.” –Babe Ruth

Motivational from Athletes and Coaches

Motivational quotes on sports to encourage you to take part in sports.

“Keep your dreams alive. Understand to achieve anything requires faith and belief in yourself, vision, hard work, determination, and dedication. Remember all things are possible for those who believe.” –Gail Devers

“If you fail to prepare, you’re prepared to fail.” –Mark Spitz

“To uncover your true potential you must first find your own limits and then you have to have the courage to blow past them.” –Picabo Street

“You can’t put a limit on anything. The more you dream, the farther you get.” –Michael Phelps

“The five S’s of sports training are: stamina, speed, strength, skill, and spirit; but the greatest of these is spirit.” –Ken Doherty

“I just want people to see me as a hard-working footballer and someone who is passionate about the game.” –David Beckham

“Winning is great, sure, but if you are really going to do something in life, the secret is learning how to lose. Nobody goes undefeated all the time. If you can pick up after a crushing defeat, and go on to win again, you are going to be a champion someday.” –Wilma Rudolph

“When you win, say nothing. When you lose, say less.” –Paul Brown

“Imagination has a great deal to do with winning.” –Mike Krzyzewski

“It took me 20 years of hard training to get the physique I have today. What you need is what I had – belief in yourself!” –Branch Warren

“Once you can squat with 180 kilograms, your arms and shoulders will come along much more receptively. If you want big arms and shoulders, your first priority is to be sure that your leg/hip/back structure is growing and becoming powerful.” –Stuart McRobert

“I hated every minute of training, but I said, don’t quit. Suffer now and live the rest of your life as a champion.” –Muhammed Ali

Sports Quotes for Athletes and Everyone Else

“With so many people saying it couldn’t be done, all it takes is an imagination.” –Michael Phelps

“I’ve missed more than 9000 shots in my career. I’ve lost almost 300 games. 26 times, I’ve been trusted to take the game winning shot and missed. I’ve failed over and over and over again in my life. And that is why I succeed.” –Michael Jordan

“No matter the circumstances you may be going through, just push through it.” –Ray Lewis

“You can’t win unless you learn how to lose.” –Kareem Abdul Jabbar

“If you want to be the best, you have to do the things that other people aren’t willing to do.” –Michael Phelps

“Competing at the highest level is not about winning. It’s about preparation, courage, understanding and nurturing your people, and heart. Winning is the result.” –Joe Torre

“What you lack in talent can be made up with desire, hustle, and giving 110 percent all the time.” –Don Zimmer

“You were born to be a player. You were meant to be here. This moment is yours.” –Herb Brooks

“If you have everything under control, you’re not moving fast enough.” –Mario Andretti

“The mind is the limit. As long as the mind can envision the fact that you can do something, you can do it, as long as you really believe 100 percent.” –Arnold Schwarzenegger

“The principle is competing against yourself. It’s about self-improvement, about being better than you were the day before.” –Steve Young

We hope you enjoyed reading these inspirational sports quotes. This is just the first step. The second step is start taking part in sports activities. You do not need to compete with others or win medals. It is for your health and the improvement of your life.

If you wish to excel in sports, you need more willpower and self discipline.