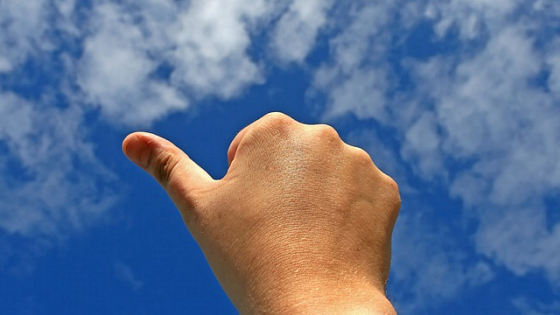 All this ‘think positive’ nonsense. Forever seeing your glass, half full instead of half empty. In fact in the real world, it’s just delusional, isn’t it?

Well, it does not actually change the physical reality, but it does allow you to cope with the situation in a way that can:

But while you’re still in shock, looking for the ‘good’ in a seemingly negative situation is the farthest thing from your mind.

And despite what you may read, highly positive people aren’t that different.

And you can too. You don’t even need to be reincarnated as a cross between the Dalai Lama and Mother Theresa – or even Taylor Swift.

Some days they wake up feeling negative, fall out of bed and have a bad hair day, just like you and me. After all, when you’re asleep it’s difficult to control your thoughts, so there’s no guarantee that you’ll always wake up feeling positive.

And feeling body conscious when you don’t feel your best is something even positive people can struggle with.

When bad stuff happens, it hurts us all – period. You’re human and denying those feelings is close to impossible. It’s also not healthy. Positive people hurt too – they wish it was different, they whine and even cry.

But they then work on turning their negative thoughts around and finding the positive in the situation. Anything else is Dalai Lama territory. And even the Dalai Lama admits to having negative thoughts. So Stop trying to be super human – human will do just fine.

2. Positive people don’t necessarily see the glass as half full

We’re told that positive people only see what they have, not what they haven’t. That’s not necessarily so. Whether the glass is half full or empty isn’t really the point.

The point is positive people understand that half a glass is enough anyway. And after all, the glass could be empty, so even a half empty glass can be seen as a positive. And if you’re going to get super positive, even an empty glass can be refilled.

So we’re having a little fun with the concept. But rather than worrying if you see the glass as ‘half full’ or ‘half empty’, concentrate on seeing the positive angle in either scenario. After all, if the glass contained poison, then seeing the glass as half empty might be the most positive interpretation of all.

Contrary to what’s often said, positive people spend a fair bit of time thinking about the past and the future. The reality is, there’s almost no one alive whose mind never wanders away from the present.

The difference is, positive people tend to concentrate on the past that make them feel good. The other evens they either dismiss or learn from to make sure their future is better than their past.

So it’s fine if your mind wanders. Just make sure to remember the good, learn from the bad and use both to create a positive future.

Maybe you’ve read that positive people are always grateful? Believe me, no one’s welcoming negative events into their life, not even highly positive people. They are not waiting at the door with a tray of canaps and a beaming smile of gratitude, trust me.

What positive people are doing is once again, allowing themselves to be human and wishing it had never happened.

They regroup and start the search for that one glimmer of positive in a seemingly uniformly negative situation. And once they find it, they use it to spark a fire that illuminates all the other hidden positives that were already there waiting to be discovered.

However, if you start small, look for the faintest glimmer of good in bad, positive in negative, you will soon find that it becomes addictive.

Science has identified a negativity bias in the basic human make up. Negative events tend to be remembered more, while negative words have more emotional impact than positive ones.

Positive people are affected by that negativity bias just the same. The only difference is that they are aware of it and accept it. Instead of necessarily trying to change that bias, they go to work on changing their reaction to it.

So don’t fret every time you have a negative thought or interpret an event negatively. That’s normal. Rather than accept it though, argue against it. Pick holes in your own negative interpretation and slowly unravel that negativity bias until you see it for what it is.

Positive people know that to help others, they have to help themselves first. Because if you are stuck in a negative frame of mind, you rarely have the motivation or belief that you can help others.

And that means positive people make sure that they are feeling energized and upbeat enough to go out and spread some of that good stuff around.

After all, if you don’t secure your own oxygen mask first in the event of an emergency on a plane, you’ll crumble before you can help anyone else – and be a hindrance.

So don’t confuse being positive with putting yourself second. That’s the death knell to your positivity. Put your own house in order first, and then you can help others with theirs.

What’s ‘true’ can be very subjective. Negative people might think positive people blindly paint a rosier picture than is true. Equally, a positive person may view their negative counterpart as foolishly blind to the positives of a situation.

But positive people are happy to add a little embellishment or exaggerate the good to create a greater positive reality. After all, you can equally say ‘I am poor’ or ‘I am rich, my wallet just doesn’t know it yet.’

So don’t sweat the small stuff. In reality, whether something is ‘true’ or not is small stuff. What really matters is how you react to it and whether you use it to pull yourself down in life or lift yourself up.

Join the ranks of the highly positive
There’s no need to be superhuman. You can start from where you are right now.

So next time you are held up in traffic, your boss bawls you out and someone bends your fender on the way home, take a deep breath, count to ten, and start looking for the positive.