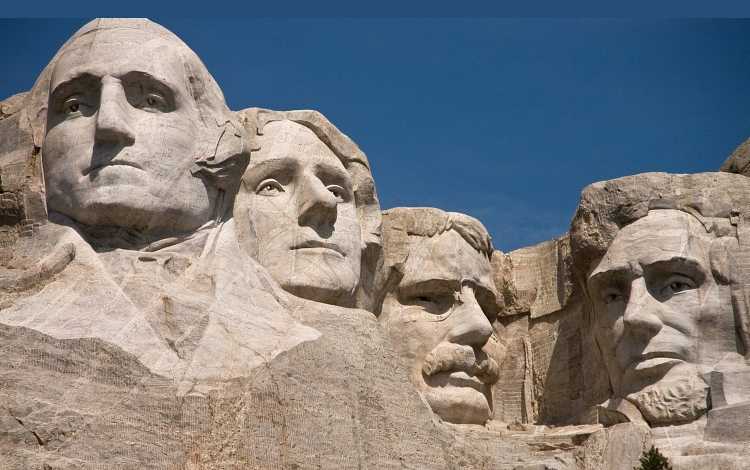 Are you looking for famous Abraham Lincoln quotes and sayings? You can find them here.

Lincoln led the nation through its greatest moral, constitutional, and political crisis in the American Civil War. He preserved the Union, abolished slavery, and strengthened the federal government.

In 1865, Lincoln was was assassinated by John Wilkes Booth, while attending a play at the Ford Theater in Washington DC. He died the next day, from his gunshot wounds.

Here are some of Abraham Lincoln famous quotes and some of his most memorable quotes.

“Most folks are about as happy as they make their minds up to be.” 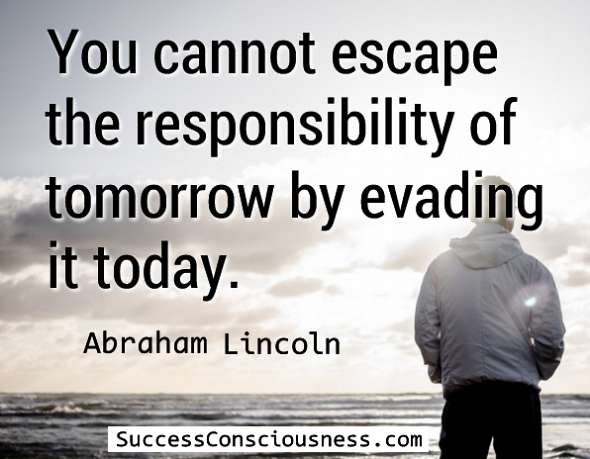 “You cannot escape the responsibility of tomorrow by evading it today.”

“Love is the chain to lock a child to its parent.”

“You can tell the greatness of a man by what makes him angry.”

“Every man’s happiness is his own responsibility.”

“Whatever you are, be a good one.” 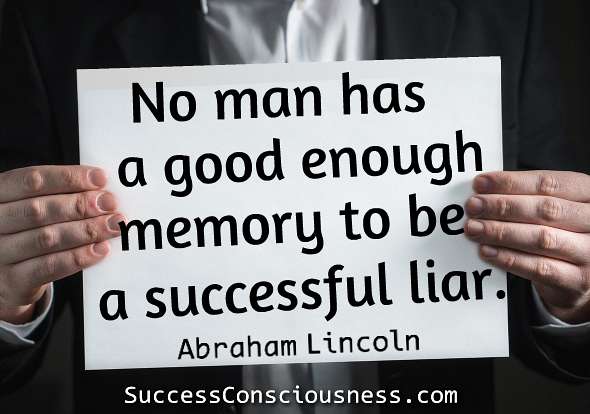 “No man has a good enough memory to be a successful liar.”

“I destroy my enemies when I make them my friends.”

“Human action can be modified to some extent, but human nature cannot be changed.”

“I don’t like that man, I must get to know him better.”

“The best way to predict your future is to create it.”

“My best friend is a person who will give me a book I have not read.”

“I will prepare and someday my chance will come.”

“No man is poor who has a Godly mother.”

“This country, with its institutions, belongs to the people who inhabit it.”

“I don’t know who my grandfather was; I am much more concerned to know what his grandson will be.” 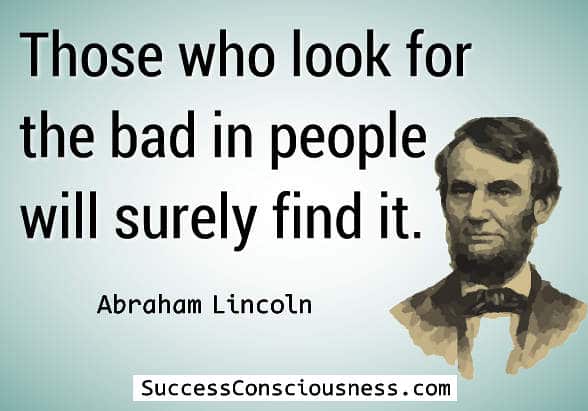 “Those who look for the bad in people will surely find it.”

“Tact is the ability to describe others as they see themselves.”

“Leave nothing for tomorrow, which can be done today.” 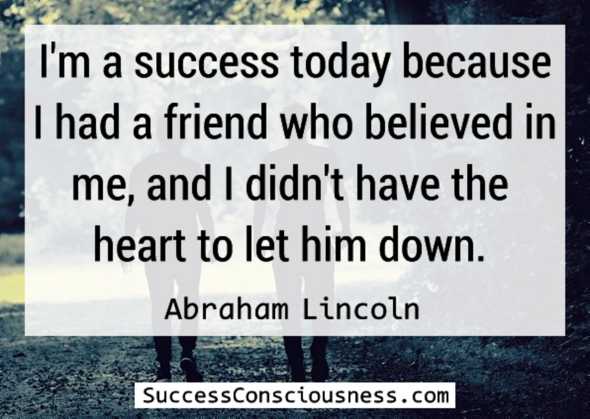 “I’m a success today because I had a friend who believed in me and I didn’t have the heart to let him down.”

“I would rather be a little nobody, than to be an evil somebody.”

“If I am killed, I can die but once; but to live in constant dread of it, is to die over and over again.” 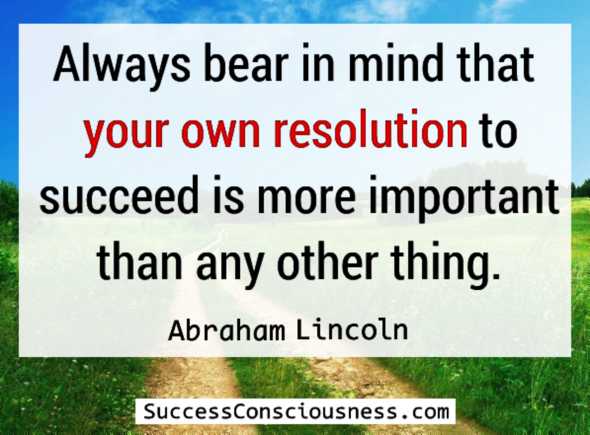 “Always bear in mind that your own resolution to succeed is more important than any other thing.”

“Don’t worry when you are not recognized, but strive to be worthy of recognition.”

“That some achieve great success, is proof to all that others can achieve it as well.”

“I have always found that mercy bears richer fruits than strict justice.”

“He has a right to criticize, who has a heart to help.”

“The way for a young man to rise is to improve himself in every way he can, never suspecting that anybody wishes to hinder him.”

“I am a slow walker, but I never walk back.”

“Character is like a tree and reputation like a shadow. The shadow is what we think of it; the tree is the real thing.”

“People who like that kind of a book that is the kind of book they will like.”

“When you reach the end of your rope, tie a knot and hang on.”

“And in the end, it is not the years in your life that count, it’s the life in your years.”

“Nearly all men can stand adversity, but if you want to test a man’s character, give him power.” 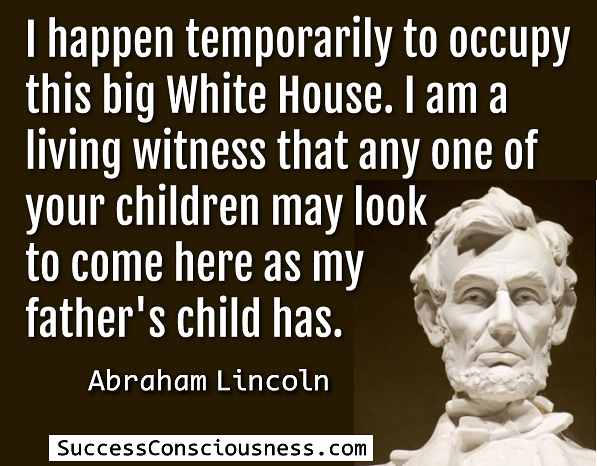 “What is to be, will be, and no prayers of ours can arrest the decree.”

“I never had a policy; I have just tried to do my very best each and every day.”

“The greatest fine art of the future will be the making of a comfortable living from a small piece of land.”

“I have stepped out upon this platform that I may see you and that you may see me, and in the arrangement, I have the best of the bargain.” 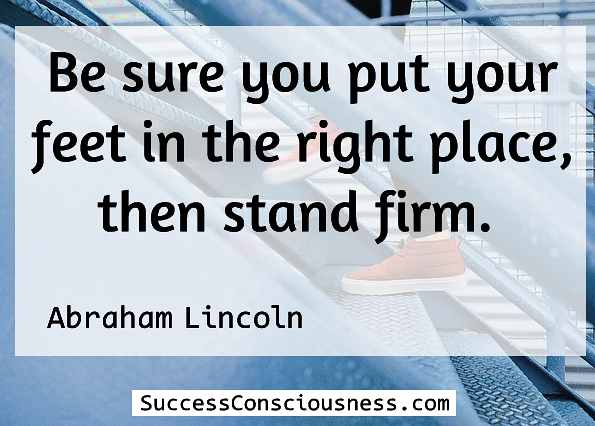 “Be sure you put your feet in the right place, then stand firm.”

“Give me six hours to chop down a tree and I will spend the first four sharpening the axe.”

“If we have no friends, we have no pleasure; and if we have them, we are sure to lose them, and be doubly pained by the loss.”

“When I get ready to talk to people, I spend two thirds of the time thinking what they want to hear and one third thinking about what I want to say.”

“This is a world of compensations; and he who would be no slave, must consent to have no slave. Those who deny freedom to others, deserve it not for themselves; and, under a just God, cannot long retain it.”

“I leave you, hoping that the lamp of liberty will burn in your bosoms until there shall no longer be a doubt that all men are created free and equal.”

“If slavery is not wrong, nothing is wrong.”

“The one victory we can ever call complete will be that one which proclaims that there is not one slave or one drunkard on the face of God’s green earth.”

“I have talked with great men, and I do not see how they differ from others.”

“I believe this Government cannot endure, permanently half slave and half free.”

“In giving freedom to the slave, we assure freedom to the free – honorable alike in what we give, and what we preserve. We shall nobly save, or meanly lose, the last best, hope of earth.”

“No man is good enough to govern another man, without that other’s consent. I say this is the leading principle-the sheet anchor of American republicanism.”

“Whenever I hear anyone arguing for slavery, I feel a strong impulse to see it tried on him personally.”

“Surely God would not have created such a being as man, with an ability to grasp the infinite, to exist only for a day! No, no, man was made for immortality.”

“I can see how it might be possible for a man to look down upon the earth and be an atheist, but I cannot conceive how a man could look up into the sky and say there is no God.” 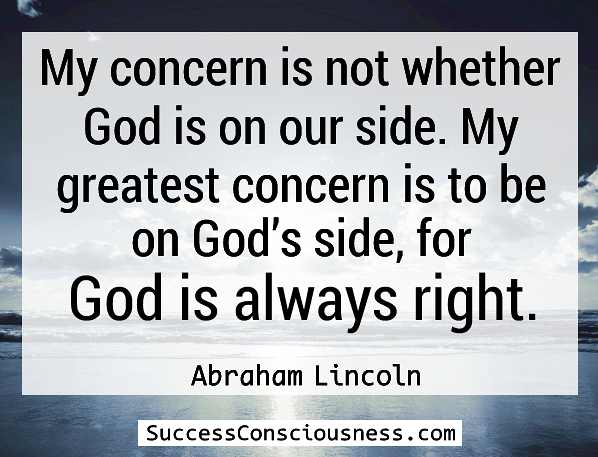 “My concern is not whether God is on our side; my greatest concern is to be on God’s side, for God is always right.”

“Any people anywhere, being inclined and having the power, have the right to rise up, and shake off the existing government, and form a new one that suits them better. This is a most valuable, a most sacred right, a right, which we hope and believe, is to liberate the world.”

“The ballot is stronger than the bullet.”

“America will never be destroyed from the outside. If we falter and lose our freedoms, it will because we destroyed ourselves.”

“I can make a General in five minutes, but a good horse is hard to replace.”