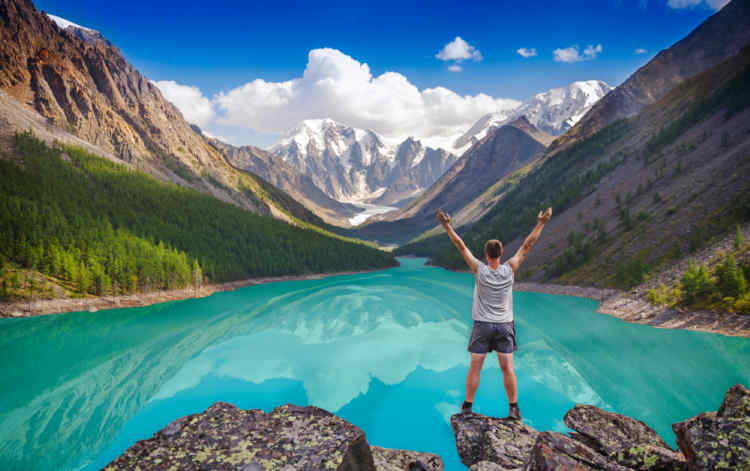 Freedom means to be able think about anything you want, to make choices, and to be free to pursue your goals.

Freedom also means freedom from nonstop thinking, from anger, from resentment and from worries and anxieties. This might seem impossible to achieve, but with discipline and determination nothing is impossible.

Detaching yourself from anger and negative emotions will bring you inner freedom.

Here is a collection of freedom quotes and quotes about being free.

Freedom Quotes and Quotes about Being Free

“To be free is not merely to cast off one’s chains, but to live in a way that respects and enhances the freedom of others.” – Nelson Mandela/span>

“Patterning your life around other’s opinions is nothing more than slavery.” –Lawana Blackwell

“Freedom is not something that anybody can be given. Freedom is something people take, and people are as free as they want to be.” –James Baldwin

“Freedom is not procured by a full enjoyment of what is desired, but by controlling the desire.” –Epictetus

“Self-reliance is the only road to true freedom, and being one’s own person is its ultimate reward.” –Patricia Sampson

“The ability to free your mind from unwanted thoughts is real freedom.” –Remez Sasson

“And as we let our own light shine, we unconsciously give other people permission to do the same. As we are liberated from our fear, our presence automatically liberates others.” –Marianne Williamson

“Freedom is like taking a bath – you have to keep doing it every day!” –Florynce Kennedy

“Who speaks of liberty while the human mind is in chains?” –Francis Wright

“Between stimulus and response there is a space. In that space is our power to choose our response. In our response lies our growth and our freedom.” – Viktor E. Frankl

“The average man does not want to be free. He simply wants to be safe.” –H. L. Mencken

“Being free from limiting thoughts and prejudices is real freedom.” – Remez Sasson

“Freedom from effort in the present merely means that there has been effort stored up in the past.” – Theodore Roosevelt

“I wish that every human life might be pure transparent freedom.” –Simone de Beauvoir

“Education is the key to unlock the golden door to freedom.” –George Washington

“Those who do not move, do not notice their chains.” –Rosa Luxemburg

– You are reading quotes about freedom –

“Freedom is not worth having if it does not include the freedom to make mistakes.” –Mahatma Gandhi

“Those who deny freedom to others deserve it not for themselves.” –Abraham Lincoln

“Guard with jealous attention the public liberty. Suspect everyone who approaches that jewel.” – Patrick Henry

“The only real prison is fear, and the only real freedom is freedom from fear.” –Aung San Suu Kyi

“Witness and stand back from nature, that is the first step to the soul’s freedom.” –Sri Aurobindo

What Is Freedom Quotes

What does freedom mean:

It means, among other things, being free to do what you want (within reason), and express your opinions without fear.

The following quotes describe what freedom is.

More on this topic: What Is Freedom and How to Gain It

“Freedom means the opportunity to be what we never thought we would be.” – Daniel J. Boorstin

“Freedom is the emancipation from the arbitrary rule of other men.” –Mortimer Adler

“If freedom is to survive and prosper, it will require the sacrifice, the effort and the thoughtful attention of every citizen.” – John F. Kennedy

“Freedom is the open window through which pours the sunlight of the human spirit and human dignity.” –Herbert Hoover

“Freedom in general may be defined as the absence of obstacles to the realization of desires.” –Bertrand Russell

“True freedom is always spiritual. It has something to do with your innermost being, which cannot be chained, handcuffed, or put into a jail.” –Rajneesh

“Freedom is what you do with what’s been done to you.” –Jean-Paul Sartre

“Freedom is the will to be responsible to ourselves.” –Friedrich Nietzsche

“Freedom is the ability to maintain a state of inner peace, regardless of what is happening around us.” –Remez Sasson

“Letting go gives us freedom, and freedom is the only condition for happiness. If, in our heart, we still cling to anything – anger, anxiety, or possessions – we cannot be free.” –Thich Nhat Hanh

“May we think of freedom, not as the right to do as we please, but as the opportunity to do what is right.” – Peter Marshall