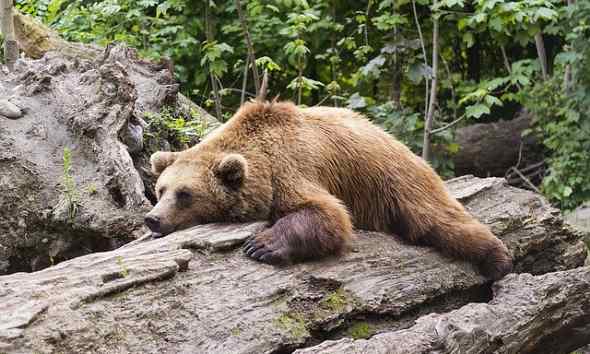 Quotes on laziness and about the importance of overcoming it, collected from various sources.

What is laziness and how can we define it?
Laziness is the unwillingness to act, spend energy and effort, and the tendency to be idle, rather than active. A lazy person is unwilling to take action, and tends to postpone tasks that seem difficult or uncomfortable.

“Know the true value of time; snatch, seize, and enjoy every moment of it. No idleness, no laziness, no procrastination: never put off till to-morrow what you can do to-day.” –Lord Chesterfield

“Laziness is a secret ingredient that goes into failure. But it’s only kept a secret from the person who fails.” –Robert Half

“Never be entirely idle; but either be reading, or writing, or praying or meditating or endeavoring something for the public good.” –Thomas a Kempis

“Periods of wholesome laziness, after days of energetic effort, will wonderfully tone up the mind and body.” –Grenville Kleiser

“Tomorrow is the only day in the year that appeals to a lazy man.” –Jimmy Lyons

“Periods of inactivity, I don’t know such things. I’m consistently writing. My life is busy. It always is. There are hardly any moments for self-indulgent laziness.” –John Lydon

“When we hold back out of laziness, that is when we tie ourselves into knots of boredom.” –Walter Annenberg

“A lazy person, whatever the talents with which he starts out, have condemned himself to second-rate thoughts, and to second-rate friends.” –Cyril Connolly

“If you wait for the mango fruits to fall, you’d be wasting your time while others are learning how to climb the tree.” –Michael Bassey Johnson

“The time will come when winter will ask you what you were doing all summer.” –Henry Clay

“The lazy will always attribute genius to some ‘inspiration’ that comes for mere waiting. –”Will Durant

“The idle man does not know what it is to enjoy rest.” –Albert Einstein

“You don’t get lucky while sitting in the sofa with arms crossed doing nothing. You can be lucky only when you are prepared.” –Nesta Jojoe Erskine

“You are only as lazy or lacking in willpower as you think you are.” –Ken Christian

“Inspiration is a guest that does not willingly visit the lazy.” –Pyotr Ilyich Tchaikovsky

“Failure is not our only punishment for laziness; there is also the success of others.” –Jules Renard

“The lazier a man is, the more he plans to do tomorrow.” –Norwegian Proverb

“A life of leisure and a life of laziness are two things. There will be sleeping enough in the grave.” –Benjamin Franklin

“Shun idleness. It is a rust that attaches itself to the most brilliant metals.” –Voltaire

“Laziness grows on people; it begins in cobwebs and ends in iron chains. The more one has to do the more he is able to accomplish.” –Sir Thomas Buxton

More Quotes about Laziness and Being Lazy

“Never put off till tomorrow what you can do the day after tomorrow.” –Mark Twain

“Periods of wholesome laziness, after days of energetic effort, will wonderfully tone up the mind and body.” –Grenville Kleiser

“Laziness erodes a person of his enthusiasm and energy. As a result the person loses all opportunities and finally becomes dejected and frustrated. The worst thing is that he stops believing in himself.” –Sam Veda

“The only time a lazy man ever succeeds is when he tries to do nothing.” –Evan Esar

“Indolence is a delightful but distressing state; we must be doing something to be happy.” –Mahatma Gandhi

“Opportunity is missed by most people because it is dressed in overalls and looks like work.” –Thomas A. Edison

“Luck is always the last refuge of laziness and incompetence.” –James Cash Penney

“Don’t yield to that alluring witch, laziness, or else be prepared to surrender all that you have won in your better moments.” –Horace

“We often miss opportunity because it’s dressed in overalls and looks like work” –Thomas A. Edison

“There are people, who the more you do for them, the less they will do for themselves.” –Jane Austen

“It is often laziness and timidity that keep us within our duty while virtue gets all the credit.” – Francois de La Rochefoucauld

“Periods of wholesome laziness, after days of energetic effort, will wonderfully tone up the mind and body.” – Grenville Kleiser

“Things come in a quieter way to me. It’s not laziness, and it’s not diffidence. I just know how far you have to bend for work. That’s important for me.” – John Hurt

“Doing nothing is very hard. You never know when you are finished.” – Leslie Nielsen

“Laziness is the fear of forthcoming work.” – Immanuel Kant

“There is no fatigue so wearisome as that which comes from lack of work.” – Charles Spurgeon

“Lack of pep is often mistaken for patience.” – Kin Hubbard

“Shun idleness. It is a rust that attaches itself to the most brilliant metals.” – Victor Hugo

“Tomorrow is often the busiest day of the year.” – Spanish proverb

“The most basic human impulse is toward entropy and laziness. The less we have to do to grow spiritually, the more likely we are to do it.” – Alexandra Fuller

These quotes can be helpful not just for lazy people, but for everyone who procrastinates, postpones and quits when facing discomfort.