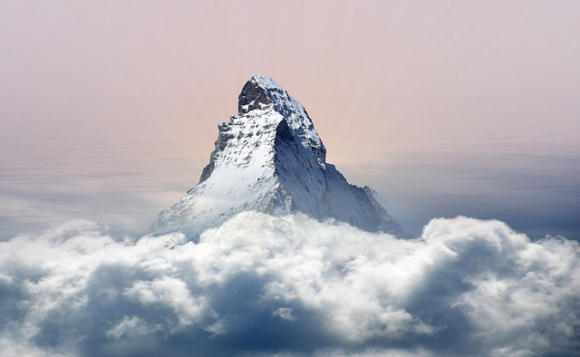 I believe you could have been considered ‘unrealistic’ if could have told the people of the 14th century that you wanted to invent the telephone or the computer. The society could have advised you to set realistic ambitions.

People who tell you to avoid setting ‘unrealistic’ goals fear disappointments. They argue that you must set realistic goals because they are achievable hence motivating.

However, I realized that even today’s most influential people achieved greatness because they set ‘unrealistic’ goals.

For example, Arnold Schwarzenegger was determined to be one of the best actors in the U.S.A though he had a German Accent, and zero acting experience. People told him that his goal was ‘unrealistic’, but he achieved it by becoming one of the best and highest paid actors in America.

Why You Must Set Unrealistic Goals

1. Unrealistic Goals Help You Eradicate the Fear of Failure

People who fear failure seldom succeed, because failure paves way to success as we learn much from failure.

Therefore, after a long period of setting ‘unrealistic’ goals, you will eradicate your fear of failure, because you will be familiar with failure.

Your self-confidence levels will increase when you achieve an ‘unrealistic’ goal. You will feel unbeatable, and you will start believing that no goal is too big for you. You will strongly believe in your abilities, and you will never fear huge challenges.

Furthermore, you will be more determined and motivated to achieve big things.

Achieving ‘unrealistic’ goals requires large amounts of effort and dedication. Therefore, these goals will get you out of your comfort zone, and make you an industrious individual.

For instance, Arnold Schwarzenegger, worked for more than 14 hours a day when he set out to be the best actor in Hollywood, despite his German accent.

He always went to the gym to practice weight lifting for six hours so that he could perfect his body. After the gym classes, he worked on improving his acting skills, and mastering the American accent, by attending acting classes, and accent removal classes.

By the time, the classes were over; it was already night-time. Arnold Schwarzenegger continued with this routine until he became one of the best and highest paid actor in America.

Like Arnold, I also work hard on my goal because it’s considered ‘unrealistic.’

Despite being in Africa, in Kenya, I want to be one of the best bloggers on the personal development niche, in the world. I know it’s hard, but I believe it’s possible.

Therefore, to make this happen, I always spend a large percentage of my time working on my blogging skills. I read books on blogging, I write every day, I guest post, I practice English, and I also network tirelessly.

My goal makes me work so hard because I understand that it’s not easily achievable. And, for this reason, I love setting, ‘unrealistic’ goals. They make me a hard worker, and I know that my hard work will definitely pay.

4. No one has all answers

Nobody has the right to tell you that it is impossible to achieve a particular goal because no one has all the facts.

People, who tell you that your goals are ‘unrealistic’, use past information as the main basis of their arguments. They tell you that it cannot be done because no one has ever done it before.

The Wright brothers were told that they would never fly because no one had ever flown. Obama was told he could never be the president of America, because America never had an African-American president.

The Wright Brothers and Barrack Obama’s success proved that no one has all the answers. No one can prove that something cannot be done.

Those who believe some things cannot be done, use assumptions, past-experiences, and limited information as the basis of their claims or arguments. Therefore, they don’t have all the answers or facts.

5. Unrealistic Goals Make You Think Outside the Box

When you set ‘unrealistic’ goals, you will realize that you won’t achieve them if you don’t come up with creative strategies. These goals will demand you to come up with well-thought strategies, hence, requiring you to think unconventionally, and think beyond your beliefs. They will need you to think outside the box.

Never fear gong after a particular goal because someone told you it’s ‘unrealistic’. Setting realistic goals paves the way for an average life.

Besides this, no one has all the facts to prove that your goal is un-achievable. Therefore, I encourage you to set big and challenging goals and work hard towards them, because nothing is impossible.

Lastly, if people tell you that no one has ever done it before, tell them that YOU’LL BE THE FIRST ONE TO DO IT.

“We would accomplish more things if we didn’t think of them as impossible.”
– Vince Lombardi

About the Author
Isaac Wechuli is a Kenyan entrepreneur, professional research writer, and founder of www.unboundedwisdom.com. He loves sharing ideas related to success and spirituality, and also likes enlightening people on the factors that can help them live a happy and prosperous life.