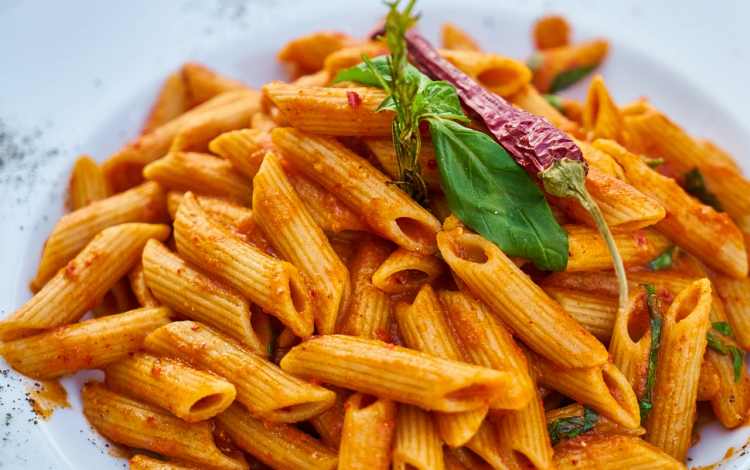 A few days ago, I prepared my own recipe of pasta sauce, and when I finished cooking it, I removed it from the electric cooker.

I covered the pan with a lid, to keep it warm, since I had to go and bring my wife from the train station.

I changed my clothes, and then, just before leaving home to the train station, I wanted to open the lid, but couldn’t. The lid fit the pan so perfectly, not allowing the steam to escape, which prevented the lid from being opened.

I left the lid and drove to the train station.

Trying to Remove the Lid

After returning home after about thirty minutes, I entered the kitchen, and to my surprise, I saw an unusual spectacle.

The lid, which is made of steel, was completely distorted and was sucked into the pan. The middle of the lid reached far down into the pan, and the sides were a little higher.

When I tried to remove the lid, I couldn’t. It was stuck and couldn’t be removed.

This was very strange. I tried using a hammer to remove it, but it was difficult to move the lid. The heat and the steam inside the pan bent the lid and pulled it down into the pan, and into the pasta sauce.

My wife tried to open the lid, but she, too, was unsuccessful.

We tried to use force, by inserting the blade of a knife between the lid and the pan. We put ice on the lid, and finally put the pan in the refrigerator, to make it cold, but nothing helped.

Finally, my son took a knife with a strong blade, and made holes in the lid, to allow the steam go out. Only then it was possible to open the pan.

When I recounted this story to a friend, he told me that I had to heat the pan again, which would have made it possible to open it, and not try to cool it, as I did.

The lid can be still be used, but it is completely distorted. I keep it now as a proof that heat, steam and pasta sauce are stronger than steel, and as an evidence of the powers of nature.

What Can We Learn from the Pasta Sauce and the Lid Story?

What can we learn from this story?

Sometimes, to solve certain issues, you have to think out of the box.

A fresh point of view can always be helpful.

Speaking with other people, can bring up new ideas, new options, and new ways of handling things.

Never give up when facing a problem. With persistence, you can always find a solution.

“I’d much rather eat pasta and drink wine than be a size 0.”
– Sophia Loren

“In order to create a little bit of confidence, start cooking with pasta. Pasta is phenomenal. Once you’ve cooked pasta properly for the first time it becomes second nature.”
– Gordon Ramsay

“Pasta is always the same, yet always different. It has a comforting familiarity with it’s pale golden color and chewy, wheaten taste.”
– James Beard

“I’ve been making a lot of pasta. It’s easy. There are unusual tastes that you can combine. I cook because my kids like a certain kind of thing and then they want it over and over.”
– Meryl Streep