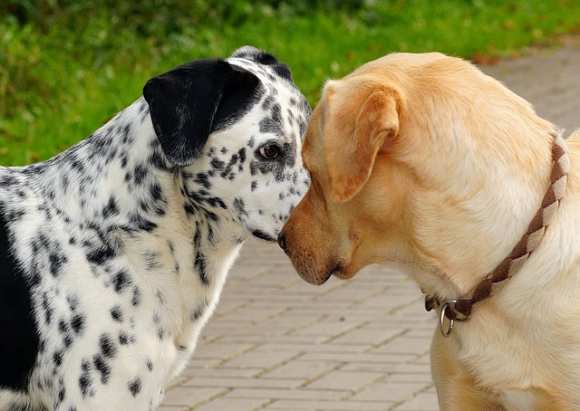 “physical or verbal abuse that occurs repeatedly and involves a power imbalance. In other words, it’s one kid, using social power, or physical strength, to dominate another in a way that really makes the target miserable.” But that’s in relation to childhood bullying.

In adult situations, bullying is psychological intimidation intended to invoke fear, conformity, and compliance in the chosen object or provoke a desired response.

From an observer’s perspective, three things must be present for it to be bullying: intimidation, hostility/aggression, and manipulation.

From the perspective of the victim, however, the experience is characterized by feelings of fear, attack, powerlessness, psychological/ emotional pain, and loss of agency.

Why Does Bullying Happen

I have vivid memory of being bullied at various points throughout my life since my teenage years, so I know adult bullying is real.

In an article for Psychology Today, titled What Neuroscience and Emotion Theory Teach About Bullies, Hilary Jacobs Hendel, LCSW meticulously explains that “hardship and adversity… as a child, evoke hardwired, universal, and biological survival responses in the brain” which usually express themselves in bullying behavior.

Her client Richard, who bullied other children as a child used to be beaten by his own father and admitted that the only time he felt strong and powerful was when he was intimidating other children.

On the inside, however, he felt weak and was secretly riddled with what Hendel calls the “tender emotions of fear, sadness, and shame”.

Anyone can be a victim of bullying and conversely anyone can be a bully simply because of the aggression-dissociation dynamic, which the brain uses to cope with early childhood victimisation.

These are two sides of the same coin, and like Richard, both the bully and the bullied were once victims of bullying. This is what constituted their early emotional trauma.

Hendel explains that having to grapple with such overwhelming emotions as fear, sadness, and shame, the brain reacts in one of two ways. It develops a defensiveness which manifests in outward aggression (bullying behaviour), or it dissociates the mind from the body.

This makes a person lose their sense of self and are susceptible to being a victim of bullying.

From a psychosocial perspective, this point is also illustrated by psychiatrist Stephen Karpman’s teachings on transactional analysis. He proposed that there are always three types of people present in dramatic experiences: the Persecutor, the Victim, and the Rescuer. This is known as “the Drama Triangle”.

Merja Sumiloff elucidates that the persecutor tends to “repress deep-seated feelings of worthlessness and attack others with aggressive detachment and loathing”.

The Victim tends to relinquish all responsibility to the rescuer and claim powerlessness to the persecutor, while the Rescuer is the veritable saviour and enabler of the victim. This too is a product of early childhood family psychodynamics.

The role we identify with the most is the one we are accustomed using to cope with inner pain since childhood.

Though we each have a role we prefer, this doesn’t prevent us from visiting each role depending on the dynamics of a situation and what is going on in our own heads at the time.

Since, we are all capable of playing each of these roles, we may at some time act out in bullying ways toward others.

The thing is that truly safe and healthy people are able to identify their weaknesses and areas for growth, express true remorse for intentional and unintentional wrong doing, and express respect for self and caring toward others.

Characteristics of Victims of Bullying

The general characteristics of bullying victims include low self-esteem and self-confidence, lack of social skills, submissiveness, little or no friends, depression, quiet or sad disposition, anxiety, lack of sense of humor, disability, a different physical or cultural appearance.

A victim can also be someone who is new and trying to break into an already established social order in a social group, workplace or organization (the new kid on the block).

A victim is someone who the bully envies for qualities he or she possesses, or someone the bully secretly or openly perceives as competition.

Extensive research by Sandra L. Brown, M.A., psychopathologist and CEO of The Institute for Relational Harm Reduction, describes that women who become victims of bullies, particularly of the narcissistic and sociopathic kind, all share some 26 major traits.

These traits include high empathy and tolerance, high relationship investment, high levels of cooperation, “blind trust” and “insane loyalty”, and are generally intelligent and successful in their endeavors.

In other words, women who are altruistic, show great potential, and believe the best of people. These Brown explains are a cocktail for inevitable harm.

How to Treat with Being Bullied as an Adult

Over time, research shows that exposure to repeated bullying will have long term psychological effects which can begin to manifest in physical complaints for which there are no obvious physical causes, and which often defy medical treatment.

There are several ways, persons who are susceptible to bullying can reduce their likelihood of being bullied.

2. Learn assertive language and techniques with which to address aggressive and passive-aggressive attacks. Practice them in the mirror and use them when you feel cornered by a bully.

3. Visualization. This is an excellent proactive measure that psychologically empowers you beforehand.

There are many visualization exercises you can practice. However, here are two you can implement right now.

Visualizing you are protected from the negative psychological onslaught of bullies by a safe, protective bubble in which you dwell. Set aside 10 mins of quiet time every morning to do this exercise before you leave the house. It will empower you to feel psychologically safe.

Similarly, when actually confronted by a bully that leaves you confused and scattered do not react immediately. Visualize that you are pushing the energy of the bully off your chest and back onto him or her. This will help you quickly regain control and agency to respond.

4. And finally, because bullying is really a form of projecting and its truly not about you, but about the inner psychological state of the bully, it’s okay to implement healthy boundaries and be prepared to walk away from the situation if necessary.

Many bullies are also energy sappers. They thrive on getting a response from their victims when they choose. Therefore, you are not entitled to remain in toxic environments.

About the Author
Lleuella Morris hold a BSc. Behavioural Sciences (Psychology) and is currently reading for a MS. in Counseling Psychology. She is the Creator and Managing Director of AMZ Consulting Company Limited, a humanitarian and avid volunteer. She writes and speaks on personal growth, and mentors people, equipping them with the tools to overcome their adverse experiences and grow themselves. She writes her own blog.