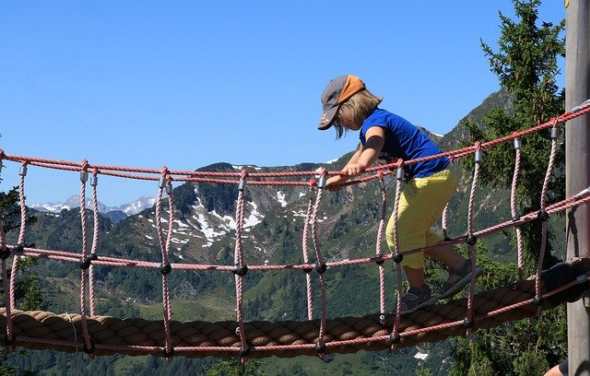 Do you wish to achieve your dreams and make changes in your life? In order to so, you need to be brave enough to step out of your comfort zone.

Any kind of change, improvement and doing something you never did before, requires a certain degree of courage and bravery.

Here is a list of quotes about courage to inspire and empower you, and help you display inner strength and bravery when you need them.

Quotes about Courage to Encourage and Strengthen

“Courage and perseverance have a magical talisman, before which difficulties disappear and obstacles vanish into air.” –John Quincy Adams

“Extraordinary people survive under the most terrible circumstances and they become more extraordinary because of it.” –Robertson Davies

“Fortune always favors the brave, and never helps a man who does not help himself.” –P. T. Barnum

“Courage is going from failure to failure without losing enthusiasm.” –Winston Churchill

“Yesterday I dared to struggle. Today I dare to win.” –Bernadette Devlin

“My work is to be honest. My work is to try to think clearly, then have the courage to make sure that what I say is the truth.” –Maya Angelou

“Only when we are no longer afraid do we begin to live.” –Dorothy Thompson

“You cannot swim for new horizons until you have courage to lose sight of the shore.” -William Faulkner

“Some people believe holding on and hanging in there are signs of great strength. However, there are times when it takes much more strength to know when to let go and then do it.” –Ann Landers

“Inaction breeds doubt and fear. Action breeds confidence and courage. If you want to conquer fear, do not sit home and think about it.” –Dale Carnegie

“All our dreams can come true…if we have the courage to pursue them.” –Walt Disney

“All serious daring starts from within.” –Harriet Beecher Stowe 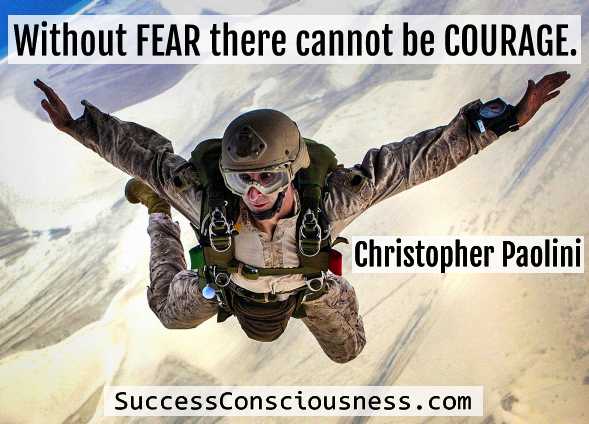 “Without fear there cannot be courage.” –Christopher Paolini

“Have the courage to act instead of react.” –Oliver Wendell Holmes

“When someone makes a decision, he is really diving into a strong current that will carry him to places he had never dreamed of when he first made the decision.” –Paulo Coelho

“You get in life what you have the courage to ask for.” –Oprah Winfrey

“If one has courage, nothing can dim the light which shines from within.” –Maya Angelou

“I love the man that can smile in trouble, that can gather strength from distress, and grow brave by reflections.” –Thomas Paine

“Conscience is the root of all true courage; if a man would be brave let him obey his conscience.” –James Freeman Clarke

“Let us not pray to be sheltered from dangers but to be fearless when facing them.” – Rabindranath Tagore

“With courage you will dare to take risks, have the strength to be compassionate, and the wisdom to be humble. Courage is the foundation of integrity.” –Keshavan Nair

“If you lack patience, even when you face some small obstacle, you lose courage.” –Dalai Lama

“Have the courage to follow your heart and intuition. They somehow already know what you truly want to become.” –Steve Jobs

“Pride is holding your head up when everyone around you has theirs bowed. Courage is what makes you do it.” –Bryce Courtenay

“To go against the dominant thinking of your friends, of most of the people you see every day, is perhaps the most difficult act of heroism you can perform.” –Theodore H. White

“Courage is not something that you already have that makes you brave when the tough times start. Courage is what you earn when you’ve been through the tough times and you discover they aren’t so tough after all.” –Malcolm Gladwell

“Courage is not the absence of fear, but rather the judgment that something else is more important than fear.” –Ambrose Redmoon

“Courage is the ladder on which all the other virtues mount.” –Clare Boothe Luce

Quotes about Strength and Courage

“To go against the dominant thinking of your friends, of most of the people you see every day, is perhaps the most difficult act of heroism you can perform.” –Theodore White

“Without courage, we cannot practice any other virtue with consistency. We can’t be kind, true, merciful, generous, or honest.” –Maya Angelou

“Those who have a strong sense of love and belonging have the courage to be imperfect.” –Brené Brown

“Courage conquers all things: it even gives strength to the body. –Ovid

Quotes about Courage and Bravery

“Only those who will risk going too far can possibly find out how far one can go.” –T.S. Eliot

“I learned that courage was not the absence of fear, but the triumph over it. The brave man is not he who does not feel afraid, but he who conquers that fear.” –Nelson Mandela

“With courage you will dare to take risks, have the strength to be compassionate, and the wisdom to be humble. Courage is the foundation of integrity.” – Mark Twain

“The bravest are surely those who have the clearest vision of what is before them, glory and danger alike, and yet notwithstanding, go out to meet it.” –Thucydides

“You gain strength, courage, and confidence by every experience in which you really stop to look fear in the face. You must do the thing which you think you cannot do.” –Eleanor Roosevelt.

“In order to achieve anything you must be brave enough to fail.” –Kirk Douglas

“Take chances, make mistakes. That’s how you grow. Pain nourishes your courage. You have to fail in order to practice being brave.” –Mary Tyler Moore

“A hero is no braver than an ordinary man, but he is brave five minutes longer.” –Ralph Waldo Emerson

“Real courage is when you know you’re licked before you begin, but you begin anyway and see it through no matter what.” –Harper Lee