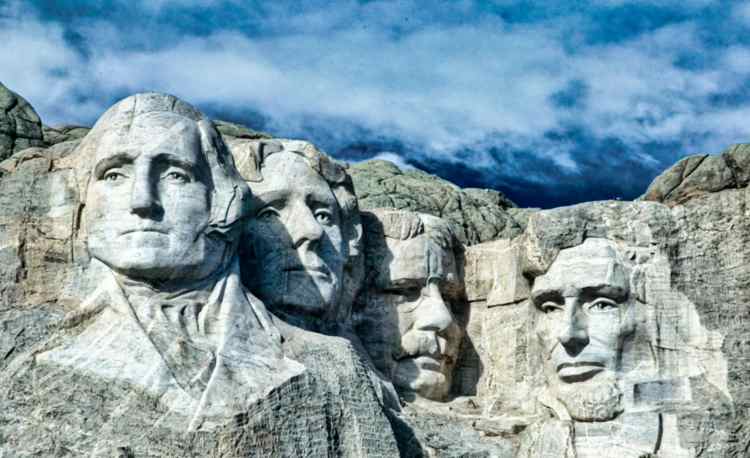 Here is a collection of George Washington quotes that teach about leadership, politics, freedom and more.

Here is a selection of George Washington famous quotes.

“Perseverance and spirit have done wonders in all ages.”

“I have always considered marriage as the most interesting event of one’s life, and the foundation of happiness or misery.” 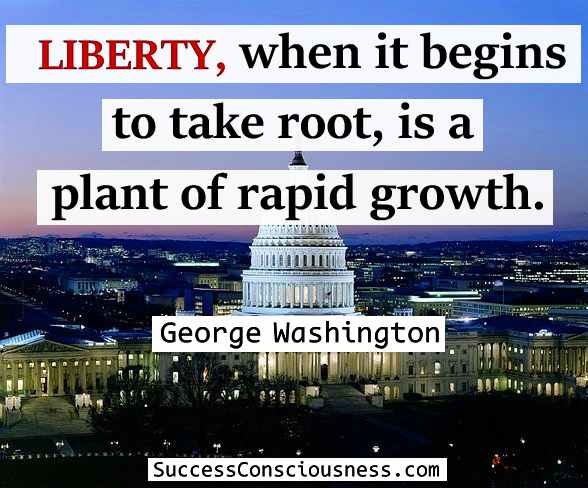 “Liberty, when it begins to take root, is a plant of rapid growth.”

“I hope, some day or another, we shall become a storehouse and granary for the world.”

“Lenience will operate with greater force, in some instances, than rigor. It is therefore my first wish to have all of my conduct distinguished by it.”

“I hope I shall possess firmness and virtue enough to maintain what I consider the most enviable of all titles, the character of an honest man.”

“It is better to offer no excuse than a bad one.”

“The harder the conflict, the greater the triumph.”

“We should not look back unless it is to derive useful lessons from past errors, and for the purpose of profiting by dearly bought experience.”

“To form a new Government, requires infinite care, and unbounded attention, for if the foundation is badly laid, the superstructure must be bad.” 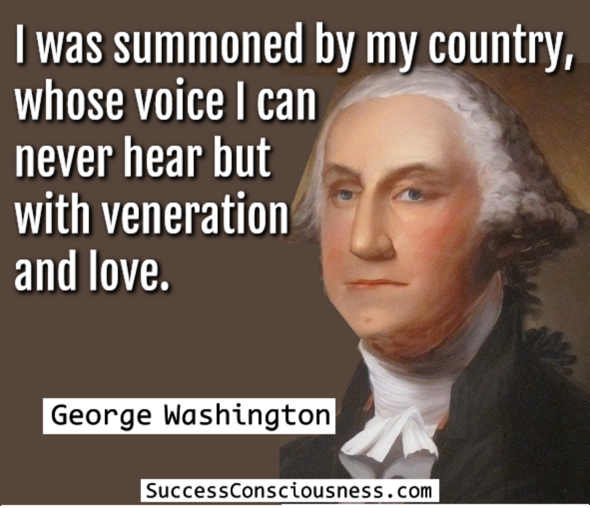 “I was summoned by my country, whose voice I can never hear but with veneration and love.”

“Jealousy and local policy mix too much in all our public councils for the good government of the Union. In a word, the confederation appears to me to be little more than a shadow without the substance.”

“Guard against the impostures of pretended patriotism.”

“Let us raise a standard to which the wise and honest can repair; the rest is in the hands of God.”

“Be courteous to all, but intimate with few, and let those few be well tried before you give them your confidence.”

“Reason and experience both forbid us to expect that national morality can prevail in exclusion of religious principle.”

“My movements to the chair of Government will be accompanied with feelings not unlike those of a culprit who is going to the place of his execution.”

“Mankind, when left to themselves, are unfit for their own government.”

“Your love of liberty, your respect for the laws, your habits of industry, and your practice of the moral and religious obligations, are the strongest claims to national and individual happiness.”

“The truth will ultimately prevail where there is pains to bring it to light.” 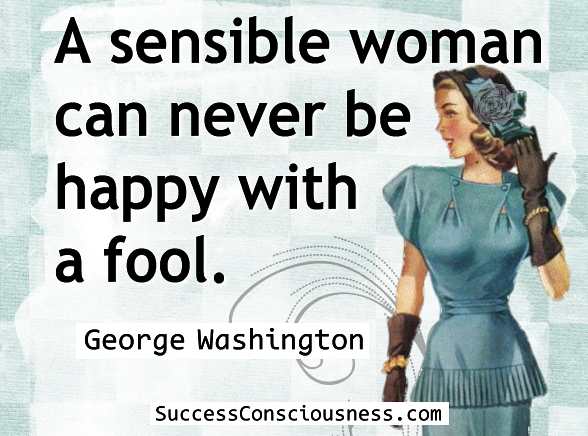 “A sensible woman can never be happy with a fool.”

“There is a Destiny which has the control of our actions, not to be resisted by the strongest efforts of Human Nature.”

“True friendship is a plant of slow growth, and must undergo and withstand the shocks of adversity, before it is entitled to the appellation.”

“Discipline is the soul of an army. It makes small numbers formidable; procures success to the weak, and esteem to all.”

“To be prepared for war is one of the most effective means of preserving peace.”

“Labor to keep alive in your breast that little spark of celestial fire, called conscience.”

“If the freedom of speech is taken away then dumb and silent, we may be led, like sheep to the slaughter.”

“If we desire to avoid insult, we must be able to repel it; if we desire to secure peace, one of the most powerful instruments of our rising prosperity, it must be known, that we are at all times ready for War.”

“Let us therefore animate and encourage each other, and show the whole world that a Freeman, contending for liberty on his own ground, is superior to any slavish mercenary on earth.”

Quotes of George Washington on People, the World

“Religion is as necessary to reason as reason is to religion. The one cannot exist without the other. A reasoning being would lose his reason, in attempting to account for the great phenomena of nature, had he not a Supreme Being to refer to.” 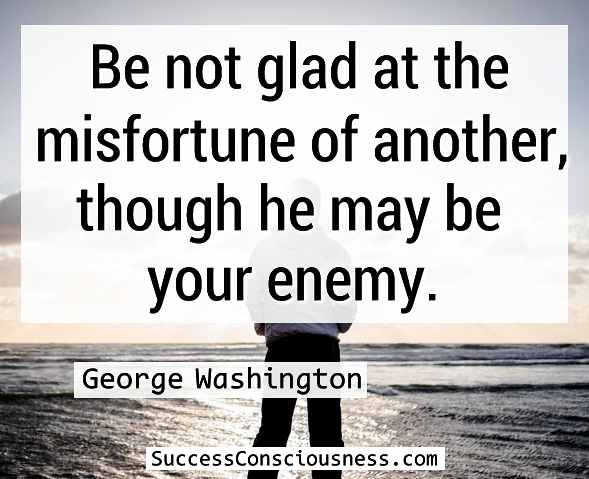 “Be not glad at the misfortune of another, though he may be your enemy.”

“Happiness depends more upon the internal frame of a person’s own mind, than on the externals in the world.”

“Associate with men of good quality if you esteem your own reputation.” 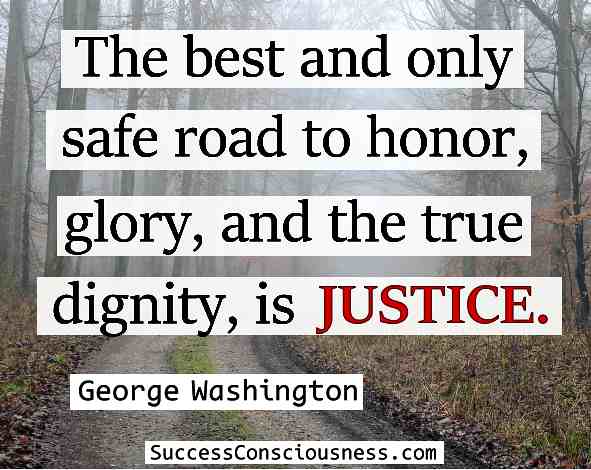 “The best and only safe road to honor, glory, and the true dignity is justice.”

“Strive not with your superiors in argument, but always submit your judgment to others with modesty.” 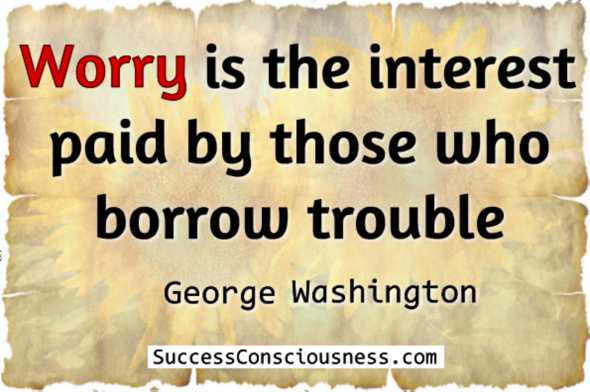 “Worry is the interest paid by those who borrow trouble.”

“It is better to be alone than in bad company.”

“The turning points of lives are not the great moments. The real crises are often concealed in occurrences so trivial in appearance that they pass unobserved.”

Quotes of George Washington About Power and Politics 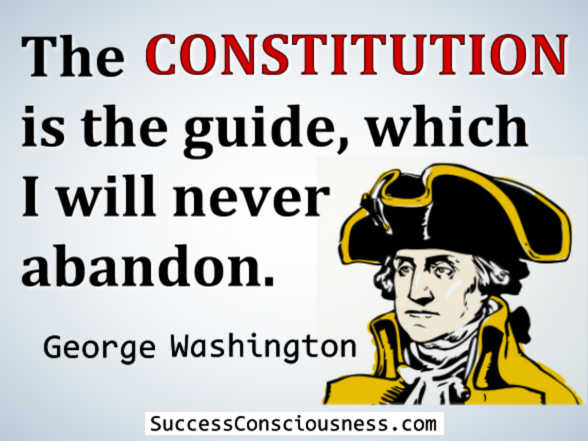 “The Constitution is the guide, which I never will abandon.”

“The basis of our political system is the right of the people to make and to alter their constitutions of government.”

“Laws made by common consent must not be trampled on by individuals.”

“Arbitrary power is most easily established on the ruins of liberty abused to licentiousness.”

“War is an act of violence whose object is to constrain the enemy, to accomplish our will.”

“There is nothing, which can better deserve our patronage than the promotion of science and literature. Knowledge is in every country the surest basis of public happiness.” 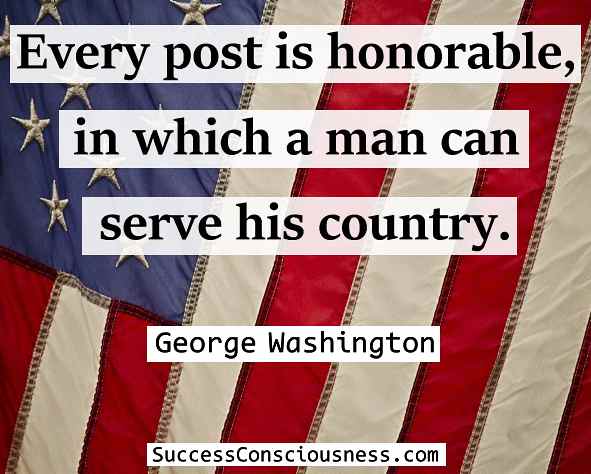 “Every post is honorable, in which a man can serve his country.”

“To encourage literature and the arts is a duty, which every good citizen owes to his country.”

“A slender acquaintance with the world must convince every man that actions, not words, are the true criterion of the attachment of friends.”

Washington was admired for his leadership qualities, and was elected President in the first two national elections. He was a remarkable man, a great leader, with a deep sense of duty and high expectations of himself and his people.

As the first president, Washington knew that his methods and decisions would create a precedent for everything that will follow, and therefore, he made his choices carefully and responsibly. He established authority by remaining honest and by not abusing his power and position.

Henry Adams, the American historian, said: “The president resembles the commander of a ship at sea. He must have a helm to grasp a course to steer, and a port to seek.”