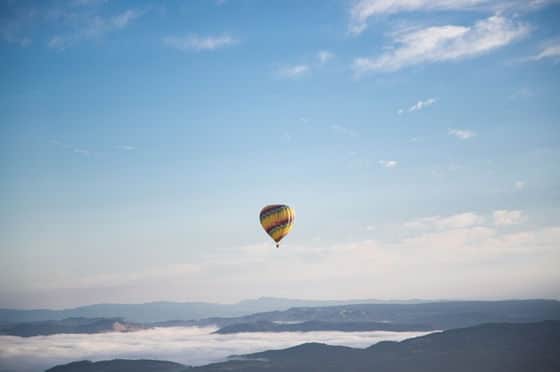 Some people just “have it;” others do not. We look at highly successful people and often decide that they just have something absolutely unique that we do not have.

They have super intelligence, some great gene for creativity and street smarts – something that we just don’t have. So, we resign ourselves to the fact that we will never have their greatness, but that we can just enjoy the small pleasures we can make for ourselves.

The truth is that most highly successful people are not necessarily geniuses – they have simply developed a mindset that is different than most. And this mindset lets them conquer the challenges that most of the rest of us just accepts as “life.”

Here are 8 challenges that successful people meet head on and just smash through.

The successful mindset says, “So what?” Every failure is nothing more than a stepping stone to eventual success.

Stephen King’s first novel, Carrie, was rejected 30 times; Steven Spielberg tried twice to get into USC’s film program and was rejected – this man who gave us “Jurassic Park” and “Jaws.” He had the last laugh, however, when USC gave him an honorary degree in 1997.

Unsuccessful people accept defeat and live with it.

Pessimism Is not in the Vocabulary

It’s easy to become pessimistic when your ideas are not receiving acceptance and when all of your efforts don’t seem to be “panning out.”

We begin to think that life is just one trial after another, just putting one foot in front of the other to survive, and giving up on our dreams as unrealistic.

Successful people are inordinately optimistic. This optimism gives them new energy and enthusiasm each day – their mindset is, “What can I accomplish today?” There is no time for complaining or negative thinking.

No one is ever too young or too old for success, as “standard wisdom” would have us believe. Einstein was older when he achieved success; so were Ghandi and Mandela. Mark Zuckerberg was in his 20’s and Malala Yousafzai is only 17.

Standard wisdom tells us that no one can be successful until they have a number of years of work and life experiences “under their belts” and that at a certain age, people just get too old to continue to work successfully.

What would Betty White say to that?

Opinions of Others Do not Matter

Lots of people thought that Bill Gates who studied at Harvard, was a fool for dropping out to pursue software development. After all, think of what a great job he could have and a great salary he could demand with a Harvard degree.

Richard Branson dropped out of high school to begin his music business; Jim Carrey dropped out to support a family his father could not, and made his father drive him to comedy clubs where he could perform and get exposures.

Conventional wisdom says that dropping out of high school is a certain highway to failure, but for some it obviously is not. Many potentially successful people succumb to the opinions of others – their parents, their teachers, their neighbors and their bosses – and give up on their dreams, settling for the safety and security instead.

Psychological research states that we all tend to take on the demeanors and personality traits of the people with whom we associate – it’s sort of a “group think” phenomenon.

If we continue to remain in circles of negative, pessimistic, people without goals, this is exactly who we become.

Eliminating toxic people from our lives can be painful. Oprah Winfrey had to do this, and by any measure, she is one of the most successful women on the planet.

Fear Is a Motivator

Successful people meet fear head-on. They know that if they can “smash” through it, they will emerge better and more energized.

Malala Yousafzei met fear head-on and was almost killed. Look how she has emerged – a Nobel Prize winner and an international leader for women’s rights and peace around the world.

Ghandi and Martin Luther King met fear head-on as well. They changed entire nations. When we allow fear to block us from moving forward, we become stuck – no successful person ever allows himself/herself to become stuck.

There Is No Past or Future

Successful people do not dwell in the past, and that is a huge challenge for most of us. We tend to ruminate about our past mistakes and failures and we then fail to focus on the “now.” Or we worry about an uncertain future and allow fear to keep us from taking the risks that will result in success.

Successful people live in the “now”. They wipe the negative past out of their minds and embracing the fact that they cannot predict with certainty what the future holds.

Steve Jobs could have allowed his poor prognosis of cancer to stop him. He did not. He continued to lead Apple, staying in the “now” at all times.

They Put World Problems in Perspective

Successful people know that they cannot control world leaders and the decisions that governments make. They focus on what they can do to improve things in their specific niches.

Environmental issues are huge, and yet the CEO who is focused on developing solar energy stays focused on his/her piece of improving things, not the larger pessimistic issues that are a part of the news every day.

How are you meeting these challenges? Can you take them on? You don’t have to be the next Bill Gates, but you can adopt these approaches to the challenges that we all face and conquer them in the same ways.

“Conquering challenges is possible, and a joy to do.”

About the Author
Jeremy Flores is a blogger who is fond of writing about achieving success, self-improvement and development. He shares his expertise with other people all over the world. Also Jeremy works as a contributor at Smart Custom Writing. Follow him on Facebook and Twitter.