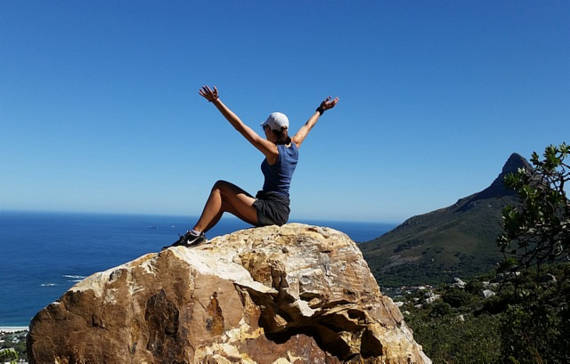 Are you sometimes afraid you might fail, and therefore, don’t even try?

You may have failed in the past. This happens to everyone, but the people who achieved success, though confronted with failure, tried over and again, until they succeeded.

Overcoming the fear of failure will give you the courage to try, do things and strive to succeed.

It is strange, but we often think and search for examples of people who failed, instead of people who succeeded. It is as if we don’t want to try, and therefore, keep looking for excuses.

If you are looking for excuses not to act, because you fear you might fail, you will always find them.

People love to hear of success stories, and how successful people achieved their dreams and goals.

They might dream they could achieve the same, but if you ask them why they are not trying to do what these successful people did, doubts, fears and lack of belief arise in their minds. They fear they might fail, and think of the difficulties and obstacles they might face.

Do Not Listen to People Who Speak about Failure

People will always tell you that it is difficult to succeed, that you don’t have the talent, that it is a waste of time to try, and that you will fail. This means that they are experts on failure, not experts about success, so why should you listen to them?

You will never know what you can achieve until you try. If you are afraid of failure you will not try, and if you try, you will anticipate failure, look for failure, and might achieve failure.

On the other hand, if you overcome your fears, refuse to think on failure, and expect success, things would be different. You will try, and you will take action. You might fail, but you also might win and succeed.

Don’t let other people’s beliefs and opinions stop you. Yes, sometimes they might be right, and you should listen to them. Open your eyes, ears and mind, use common sense and learn before you leap into a new venture.

You will gain motivation and encouragement, if you listen to positive people, who have achieved success, and not to negative people, who never tried to do anything in their lives.

How to Overcome the Fear of Failure

Overcoming the fear of failure is a choice you need to make.

Every success has been preceded by failure.

How many times did you fall down, as a small child, when you started to walk? Probably many times, but this did not stop you from trying again.

How many mistakes have you done, until you mastered a foreign language, learned to dance or to swim? Probably many times, but this did not stop you from trying again.

You can achieve success, in small matters and in big matters, when you overcome fear and discouragement.

It is natural to fear and have doubts when starting a new venture, starting a new job, or doing something you have never done before. However, if what you want to do will improve your life, and will not harm any one, move on despite your fears and doubts.

You can overcome the fear of failure when you develop inner strength, willpower, and self-discipline.

You can overcome the fear of failure when you change your attitude with the help of affirmations and creative visualization.

You can be afraid of failure and never try, and never makes changes in your life, and you can rise above this fear, and try. Your chances of success are far greater when you are equipped with the powers of willpower, self-discipline, affirmations and visualization.

“Failure will never overtake me if my determination to succeed is strong enough.”
– Og Mandino

“There can be no failure to a man who has not lost his courage, his character, his self respect, or his self-confidence. He is still a King.”
– Orison Swett Marden