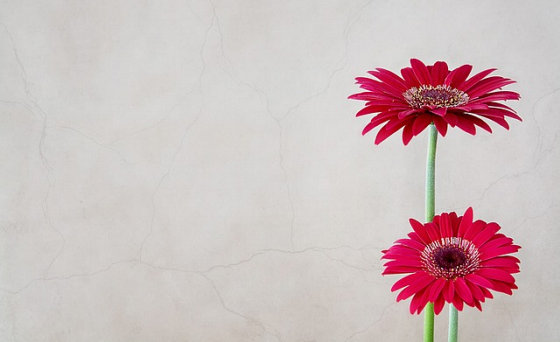 There is something innate within all of us that determines our motivation and determination for everything – or our lack of it. It has the ability to stand in our way, to be a stumbling block, or to be a tool we can use to grow and succeed.

It’s a sensation that each and every one of us already knows we have, but not all of us have seen the connection between it and our level of success. It’s a secret that’s hiding in plain sight.

What is this mysterious feeling we all share? On the surface, the answer sounds surprisingly simple: it’s fear.

Fear is the most widely abused drug in the world. It may seem strange to refer to something innate as a ‘drug’, but fear is just as addictive as any form of substance abuse. Yet, it’s the biggest driving force behind why most people never pursue goals.

Fear is a Drug That’s Coursing through All Our Veins

What makes fear so tantalizing, anyway? While its negative qualities may seem obvious on the outside, we are all hooked on it because it keeps us living in a comforting state of certainty and sameness.

After all, your physiology is geared toward acquiring as much sameness as possible.

Your mind and your body collaborate to achieve what’s known as homeostasis. This is translated from ‘homeo-‘, meaning similar – and ‘-stasis’, meaning something that’s static or unmoving.

Like fear, homeostasis has its place. Without it, kidneys would not independently regulate our internal temperature or electrolyte balance.

To make matters worse, we’d feel inclined to take poorly calculated risks. Your brain is quick to put a stop to that with a healthy dose of fear.

It’s easy to see that fear and homeostasis are a necessary part of life, and it’s just as easy to see how it’s good intentions also get in our way.

Your Mind is Sabotaging You… By Accident

Nobody who has ever done anything great got there by staying stuck in fear. Likewise, nobody figured out the best way to get there without falling down a few times.

The Solution: Start asking yourself some hard questions. Begin with “Why do I NEED to do this?” After that, ask yourself, “What would it take for me to feel more confident to pursue this?”

When it comes to psyching yourself up to do something, you can’t mess around. You have to figure out why you MUST, not why you should. Your distinction between ‘should’ and ‘must’ determines your commitment.

You have to make it a ‘do or die’ situation in your mind. After all, wouldn’t you do anything if your life depended on it? Pride isn’t enough. Beyond the touchy-feely, you have to look at the bigger picture.

One of the most tragic experiences for any human is regret

Think about how it will impact your life for the better if you do it, and how it will turn for the worse if you don’t. The regret of never trying at all will be far worse than any temporary pain of trying and stumbling along the way to success.

When you determine what it will take for you to gain the confidence to take the big leap, start small. Ease into goals by committing to working on one step each day that takes you in the right direction.

It doesn’t matter how small the steps are. Want to become an online business owner? Spend the $3. Buy the domain. $3 is not that painful, and the domain can sit there and wait for you to take the next step when you’re ready. Share what you’ve done, so others can hold you accountable.

Your Mind’s Dark Side: Your Inner Voice is a Brilliant Liar

Limiting beliefs and negative self talk are both common ways that fear tends to manifest itself. Both of these can lead to procrastination, which is how fear keeps you stuck in what’s comfortable.
These need to be dealt with before they take up more valuable time.

Negative beliefs come from defining moments. It’s common during childhood, when your mind is at its most impressionable. It could be from things you were told, something that happened to you, or something you saw.

Don’t Let Some Little Kid Decide How You Live Your Life. Especially Not Little You

The solution: Challenge those beliefs. Think back about when you may have decided those beliefs were true, and question if they still have to apply to your life now.

You may have been told to get a good education, then get a grueling 9 to 5 job because it’s “safe”. We live in a world where not only is anything possible, but we have more entrepreneurs than ever before.

Were you known as the “fat kid” in class? To make light of the situation, you may have made it a part of your identity. Because of it, being dangerously overweight still plagues you today. That was just a defense mechanism, not the new story of your life!

You don’t have to be who you decided you were when you were young or vulnerable.

Like a one-night stand, laziness is a short-term pleasure we all use to avoid the “pain” of work. Without effort, though, we’ll never know long-term fulfillment.

Laziness plagues more of us than we’ll admit. Proof is in the tools invented with the sole purpose of allowing us to be lazier. Creating tools to make life easier is a rare way to channel laziness into something productive.

Not all of us avoid work because it seems hard. Even if it isn’t difficult, sometimes it’s just what it means to us, like that it takes time away from something we’d rather do instead. Giving a negative meaning to something you need to do is the easiest way to start procrastinating.

Investing time in tired, old negative thought patterns only leaves you in debt for positive results

They don’t serve this phase of your life anymore. Among many other new privileges that come with being an adult, you now have wiser eyes to re-evaluate your story with… if you choose.

It’s up to you to decide if the rest of your story is more of the same, or something new and better.

About the Author
Sharon Koenig is an entrepreneur, champion athlete, Mom and Strategic Intervention Success Coach at Fearless Pursuits. Overcoming homelessness to become a successful entrepreneur, Sharon now empowers and coaches others to move beyond their fears, limitations and break free of tired old patterns to reach their fullest potential in life and business. As a gift to every reader, she is giving out a special bundle called the “Success Toolkit” for FREE to help you set effective goals and be more productive.