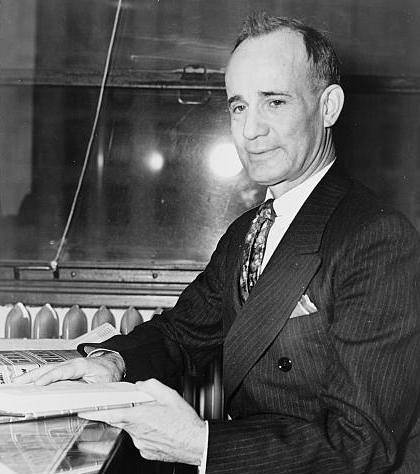 He was an American author, one of the first authors who wrote and publicized the connection between success and the powers of the mind.

Napoleon’s most famous book is “Think and Grow Rich”, which is one of the best-selling books of all times.

Napoleon Hill wrote about the power of belief and faith, and the role they play in achieving success. One of his most known saying is, “What the mind of man can conceive and believe, it can achieve.”

His formula for success, as taught in his book “Think and grow rich”, has been followed by many people who have read his book.

This book, “Think and grow rich”, and the other books he wrote, are still popular today, and are still having a great influence on the mind of the people who study or write about creative visualization and the law of attraction.

Napoleon Hill began his writing career at age 13 as a “mountain reporter”, for small town newspapers. He went on to become America’s most beloved motivational author.

He dedicated many years of his life to define the reasons why people fail to achieve financial success and happiness in their life.

The turning point in the writing career of Napoleon Hill has occurred in 1908. It started with his assignment, as part of a series of articles about famous men, to interview the billionaire industrialist Andrew Carnegie. At the time, Andrew Carnegie was one of the most powerful men in the world.

Napoleon Hill discovered that Andrew Carnegie believed that the process of success could be elaborated in a simple formula that could be duplicated by the average person.

Andrew Carnegie commissioned Napoleon Hill to interview over 500 successful men and women, many of them millionaires, in order to discover and publish this formula for success.

“If you cannot do great things, do small things in a great way.”
– Napoleon Hill

“The starting point of all achievement is desire.”
– Napoleon Hill

“Think twice before you speak, because your words and influence will plant the seed of either success or failure in the mind of another.”
– Napoleon Hill

“All the breaks you need in life wait within your imagination, Imagination is the workshop of your mind, capable of turning mind energy into accomplishment and wealth.”
– Napoleon Hill

“The way to develop decisiveness is to start right where you are, with the very next question you face.”
– Napoleon Hill

“Remember, no more effort is required to aim high in life, to demand abundance and prosperity.”
– Napoleon Hill