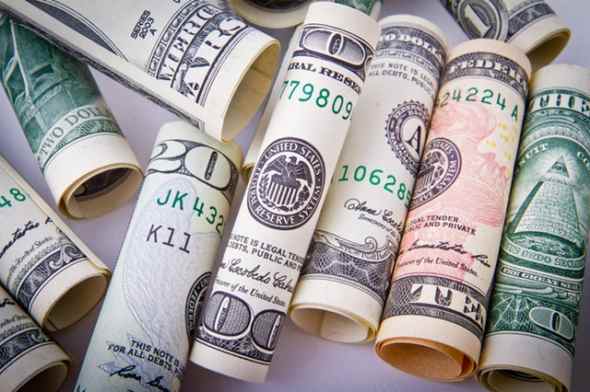 Napoleon Hill was born in 1883. He was an American author, one of the great writers on success. His most known book is ‘Think and Grow Rich’. It is one of the best selling books of all time.

Hill became an adviser to Andrew Carnegie, and with his help he formulated a philosophy of success, which became the basis for his book, ‘Think and Grow Rich’. His book has sold over 7 million copies, helping many to achieve success.

Here are motivational and inspirational Napoleon Hill quotes about success and achievement.

“All achievements, all earned riches, have their beginning in an idea.”

“Cherish your visions and your dreams as they are the children of your soul, the blueprints of your ultimate achievements.”

“If you cannot do great things, do small things in a great way.”

“The majority of men meet with failure because of their lack of persistence in creating new plans to take the place of those which fail.”

“Riches do not respond to wishes. They respond only to definite plans, backed by definite desires, through constant persistence.”

“One of the most common causes of failure is the habit of quitting when one is overtaken by temporary defeat.”

“First comes thought; then organization of that thought, into ideas and plans; then transformation of those plans into reality. The beginning, as you will observe, is in your imagination.”

“The way to develop decisiveness is to start right where you are, with the very next question you face.”

“When your desires are strong enough you will appear to possess superhuman powers to achieve.”

“Create a definite plan for carrying out your desire and begin at once, whether you are ready or not, to put this plan into action.”

“The person who takes no chances generally has to take whatever is left when others are through choosing.”

“Ideas are the beginning points of all fortunes.”

“One of the main weaknesses of mankind is the average man’s familiarity with the word impossible”.

“Think twice before you speak, because your words and influence will plant the seed of either success or failure in the mind of another.”

“Desire is the starting point of all achievement, not a hope, not a wish, but a keen pulsating desire which transcends everything.”

“You are the master of your destiny. You can influence, direct and control your own environment. You can make your life what you want it to be.”

“When defeat comes, accept it as a signal that your plans are not sound rebuild those plans, and set sail once more toward your coveted goal.”

“Mind control is the result of self-discipline and habit. You either control your mind or it controls you. There is no hall-way compromise.”

“There are no limitations to the mind except those we acknowledge, both poverty and riches are the offspring of thought.”

“When your desires are strong enough, you will appear to possess superhuman powers to achieve.”

“Strength and growth come only through continuous effort and struggle.”

“The ladder of success is never crowded at the top.”

Napoleon Hill’s book ‘Think and Grow Rich’, contains wisdom, motivation and guidance about developing the right mindset for attracting money into your life and obtaining wealth.

Though the book, ‘Think and Grow Rich’, was published many years ago, it is still very popular today. It has helped millions of people to find success and become rich.

Below, you will find Napoleon Hill quotes from this book.

“Set your mind on a definite goal and observe how quickly the world stands aside to let you pass.”

“Opinions are the cheapest commodities on earth. Everyone has a flock of opinions ready to be wished upon anyone who will accept them. If you are influenced by ‘opinions’ when you reach decisions, you will not succeed in any undertaking.”

“If you do not see great riches in your imagination, you will never see them in your bank balance.”

“Poverty needs no plan. It needs no one to aid it, because it is bold and ruthless. Riches are shy and timid. They have to be attracted.”

“More gold had been mined from the mind of men than the earth itself.”

“The only limitation is that which one sets up in one’s own mind.”

“Both success and failure are largely the results of habit.”

More of Napoleon Hill Quotes FROM Think and Grow Rich

“Procrastination is the bad habit of putting off until the day after tomorrow what should have been done the day before yesterday.”

“Set your mind on a definite goal and observe how quickly the world stands aside to let you pass.”

“Every man is what he is, because of the dominating thoughts which he permits to occupy his mind.”

“Every person who wins in any undertaking must be willing to burn his ships and cut all sources of retreat.”

“The starting point of all achievement is desire. Keep this constantly in mind.”

“What the mind of man can conceive and believe, it can achieve.”

“The majority of men meet with failure because of their lack of persistence in creating new plans to take the place of those which fail.”

“Cherish your visions and your dreams as they are the children of your soul, the blueprints of your ultimate achievements.”

“When you are able to maintain your own highest standards of integrity – regardless of what others may do – you are destined for greatness.”

“When your desires are strong enough you will appear to possess superhuman powers to achieve.”

“Start where you stand, and work whatever tools you may have at your command and better tools will be found as you go along.”