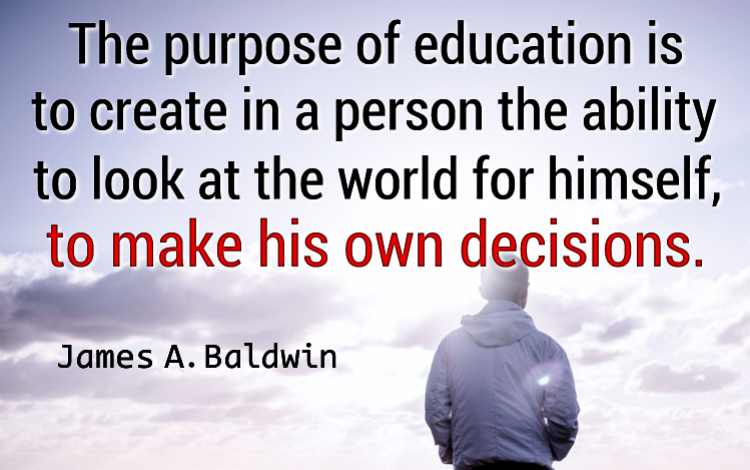 Baldwin was born in New York in 1924. He had a difficult childhood, grew up in poverty, and spend much of his early years caring for his younger siblings.

When James Baldwin was young, he had discovered his passion for writing, and in 1937, at the age of 13, he wrote his first article, titled “Harlem—Then and Now”, which was published in his school’s magazine.

A collection of James Baldwin quotes about life, freedom, education, love and other topics.

“People can’t, unhappily, invent their mooring posts, their lovers and their friends, any more than they can invent their parents. Life gives these, and also takes them away, and the great difficulty is to say ‘Yes’ to life.”

“To accept one’s past, one’s history, is not the same thing as drowning in it. It is learning how to use it. An invented past can never be used; it cracks and crumbles under the pressures of life like clay in a season of drought.” 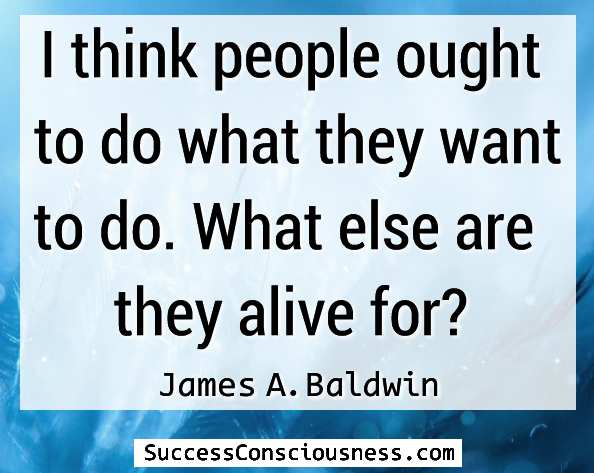 “I think people ought to do what they want to do, what else are they alive for?”

“People who treat other people as less than human, must not be surprised when the bread they have cast on the waters comes floating back to them, poisoned.”

“One must say Yes to life and embrace it wherever it is found – and it is found in terrible places; nevertheless, there it is.”

“Nothing is more unbearable, once one has it, than freedom.”

“Those who say it can’t be done are usually interrupted by others doing it.”

“I imagine one of the reasons people cling to their hates so stubbornly is because they sense, once hate is gone, they will be forced to deal with pain.”

“Precisely at the point when you begin to develop a conscience, you must find yourself at war with your society.”

“Our crown has already been bought and paid for. All we have to do is wear it.”

“People pay for what they do, and still more for what they have allowed themselves to become. And they pay for it very simply; by the lives they lead.”

“Anyone who has ever struggled with poverty knows how extremely expensive it is to be poor.”

“People who shut their eyes to reality simply invite their own destruction, and anyone who insists on remaining in a state of innocence long after that innocence is dead – turns himself into a monster.”

“Children have never been very good at listening to their elders, but they have never failed to imitate them.”

“The price one pays for pursuing any profession or calling is an intimate knowledge of its ugly side.”

“Money, it turned out, was exactly like sex. You thought of nothing else if you didn’t have it and thought of other things if you did.”

“It took many years of vomiting up all the filth I’d been taught about myself, and half-believed, before I was able to walk on the earth as though I had a right to be here.” 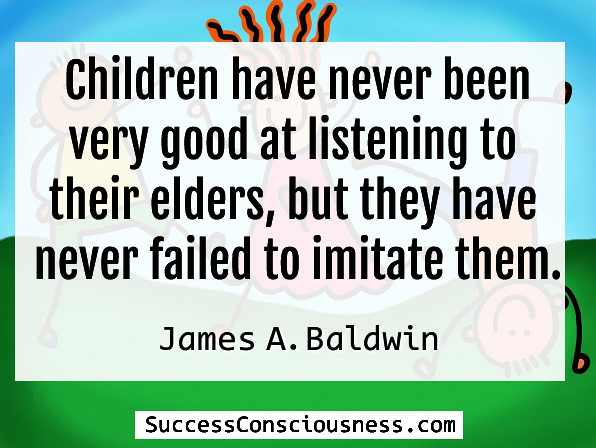 “If the concept of God has any validity or any use, it can only be to make us larger, freer, and more loving.”

“An artist is a sort of emotional or spiritual historian. His role is to make you realize the doom and glory of knowing who you are and what you are. He has to tell, because nobody else can tell, what it is like to be alive.”

“You don’t realize that you’re intelligent until it gets you into trouble.”

“Perhaps home is not a place but simply an irrevocable condition.”

“Please try to remember that what they believe, as well as what they do and cause you to endure, does not testify to your inferiority, but to their inhumanity.”

“The purpose of education, is to create in a person the ability to look at the world for himself, to make his own decisions.”

“I can’t believe what you say, because I see what you do.” 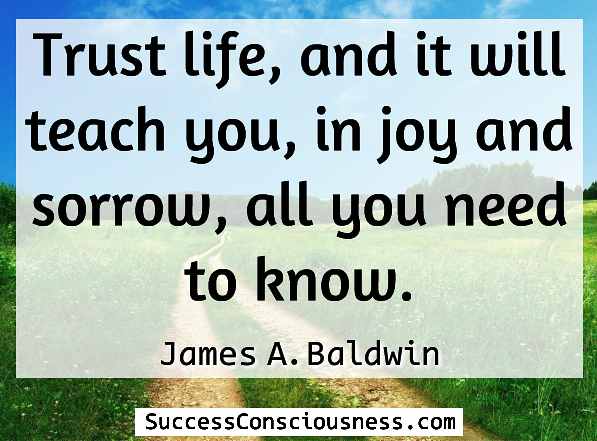 “Trust life, and it will teach you, in joy and sorrow, all you need to know.”

“All I know about music is that not many people ever really hear it. And even then, on the rare occasions when something opens within, and the music enters, what we mainly hear, or hear corroborated, are personal, private, vanishing evocations.”

“The most dangerous creation of any society is the man who has nothing to lose.”

“There are so many ways of being despicable it quite makes one’s head spin. But the way to be really despicable is to be contemptuous of other people’s pain.”

“I imagine one of the reasons people cling to their hates so stubbornly is because they sense, once hate is gone, they will be forced to deal with pain.”

“You think your pain and your heartbreak are unprecedented in the history of the world, but then you read. It was books that taught me that the things that tormented me most were the very things that connected me with all the people who were alive, who had ever been alive.”

“You have to decide who you are and force the world to deal with you, not with its idea of you.”

“If the word ‘integration’ means anything, this is what it means that we, with love, shall force our brothers to see themselves as they are, to cease fleeing from reality and begin to change it.”

“It is certain, in any case, that ignorance, allied with power, is the most ferocious enemy justice can have.”

“The world is before you and you need not take it or leave it as it was when you came in.”

“I love America more than any other country in this world, and, exactly for this reason, I insist on the right to criticize her perpetually.”

“Love does not begin and end the way we seem to think it does. Love is a battle, love is a war, love is a growing up.”

“Be careful what you set your heart upon – for it will surely be yours.”

“I use the word ‘love’ here not merely in the personal sense but as a state of being, or a state of grace – not in the infantile American sense of being made happy but in the tough and universal sense of quest and daring and growth.”

“It’s a miracle to realize that somebody loves you.”